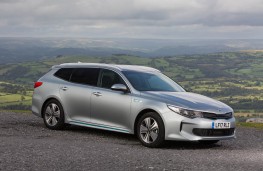 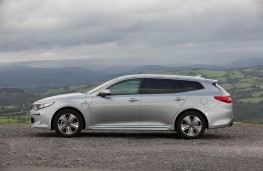 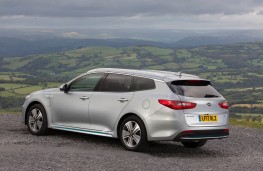 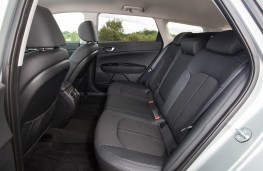 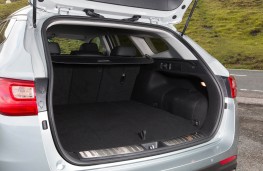 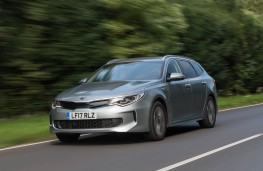 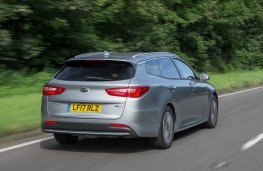 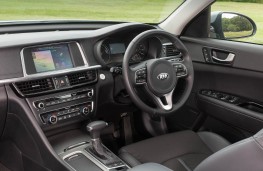 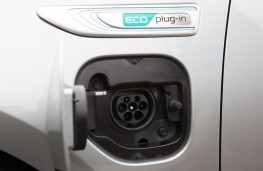 KIA has added another string to its hybrid bow with the arrival of the Optima PHEV Sportswagon.

It is a sister to the saloon version launched here earlier and like all car makers the Koreans continue to go down the hybrid route looking to the future.

Clearly aimed at the company car driver for tax benefits (BiK is just 13 per cent) rather than the family estate motorists, who on cost alone will still opt for one of the cheaper and conventionally 1.7-litre diesel powered Optima models, this latest newcomer has all the hallmarks of Kia's value for money tag.

To start with this Optima PHEV Sportswagon - there's just one version based on Kia's ‘3' trim level range of cars - has that industry leading seven year/100,000 mile warranty which is even a bigger bonus in itself in the new world of hybrid cars.

Coming in at Â£35,145 (after including the government's Â£2,500 low emission grant) it's not particularly cheap when compared to Â£31,365 for the top spec GT-Line 1.7-litre combustion engined Optima Sportswagon but it's cheaper than its main hybrid rival, Volkswagen's Passat GTE Estate priced at over Â£42,000.

The price difference between the Optima saloon and estate hybrid is only Â£1,150 and as both share the same power trains - a two-litre, four cylinder 154bhp petrol engine alongside a 11.26kWh electric battery - it's a question for buyers of either needing the extra luggage space in the estate or sticking to a saloon.

As it's a plug-in hybrid the main concern for drivers is the time it takes to charge up the battery when either parked in the driveway at home or in the office car park.

Using the power kit supplied (neatly packed into a sensible small bag) it can be plugged into a conventional three-pin household socket and it takes just over five hours to fully recharge as experienced on test.

If the driver has a special wallbox system at home the charging time is less - around two to three hours from a flat battery - and the Sportwagen can then run says Kia on 38 miles using just electricity although on test this reached just 30 miles.

The car's hybrid range is up to 695 miles according to Kia but in reality it was averaging around 450 miles which is still not to be sneezed at as we say. Again company car drivers in particular will also be pleased at the CO2 of just 33g/km.

Like all current hybrids available it naturally depends on how the car is driven in relation to battery range and overall fuel consumption but on test this Sportswagon PHEV - incidentally with a six-speed automatic on board - was impressive and like any hybrid the driver really needs to adjust a little his or her driving style to gain the best benefit.

Driving in and around town and urban areas it's so quiet and efficient with the whirring of the electric motor once starting and then on reaching the 30mph plus mark the move from electric to combustion engine is so easy and quite seamless.

Out at motorway speeds and the car accelerates well with the automatic gearbox changes exceptionally smooth helped too by light yet precise steering and even though this hybrid estate is 200kg heavier than the conventionally powered model most drivers won't notice any real difference.

It's agile enough and with the Sportswagon version having bigger brakes and a tweak to the suspension it makes for a comfortable, quiet ride even out at speed on the open road.

This PHEV model has an impressive list of standard kit on board with an eight-inch touch screen, sat nav, AppleCarPlay, Android Auto smartphone plus a nice Harmon Karda sound system and a reversing camera.

Like all Kia cars today the interior finishing is good, it's well put together with nice, soft plastic trim and there's bags of both head and leg room in the front and rear seats while any worries about batteries, plug-in leads and the like taking up too much interior space can be ignored.

All in all in the estate there's a minimal loss of 15 litres of space for being a hybrid which in comparison to the 440 litres of luggage space still available is insignificant and any driver will still regard its load carrying capabilities as excellent.

Kia has again hit the nail on the head as the old saying goes in producing an overall impressive hybrid powered estate car that will obviously not appeal to everyone but it does exactly what it says on the tin.

Pricewise and weighing up all the high level of standard equipment on board it's good value for the money for anyone looking in at this still niche sector of the market. 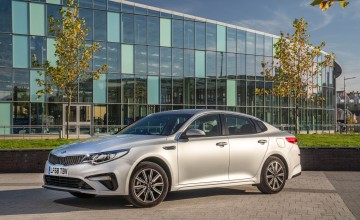 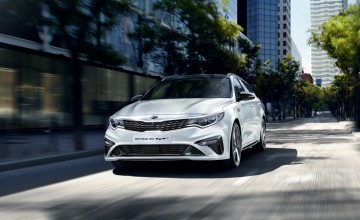 A PERFORMANCE version of Kia's Optima estate is being introduced and it uses an... 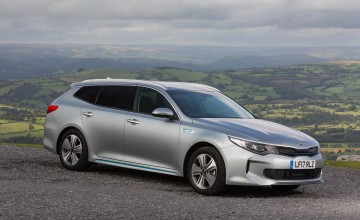 Any other option is just not cricket

THERE is good reason why Kia is becoming such a successful brand in the UK and...