By Maxine Ashford on 2018-06-24 - Maxine has been a journalist since the late 1980s and for the past 13 years has specialised in motoring. Former motoring editor at Media Wales responsible for the Western Mail, South Wales Echo, Wales on Sunday. Freelance since 2009, Maxine loves cars but not quite as much as rugby! 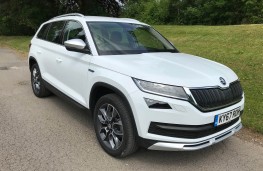 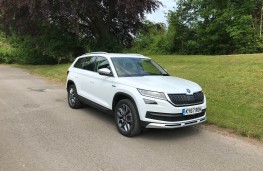 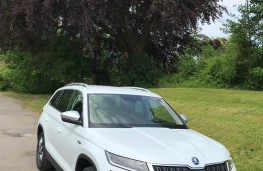 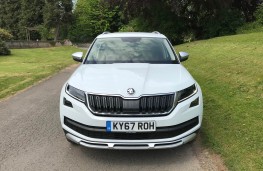 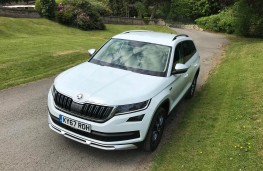 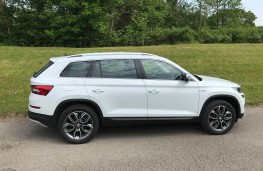 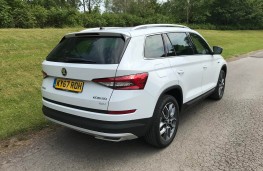 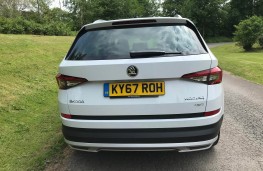 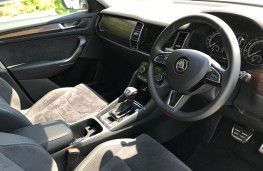 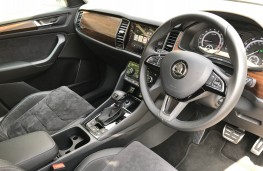 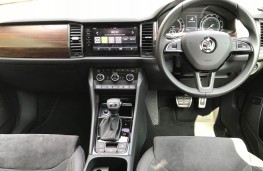 OUR roads are awash with SUVs of all shapes and sizes these days.

Some are bargain basement collaborations, while others cost the same as a first-time buyer's new home.

But the Skoda Kodiaq seems to tick all the right boxes especially if outstanding practicality is a key demand.

That's because the Kodiaq is Skoda's first ever seven-seater and it comes with all the trimmings, along with 4x4 capabilities.

The five-door Kodiaq Scout is the beefiest version and certainly has a presence on the road with bold, muscular styling and all the latest on-board technology.

The interior is equally impressive with smart Alcantara seats carrying the Scout logo, a wood finish dashboard and door inserts, along with a Scout badge on the dashboard and sporty aluminium pedals.

There is a whole host of techno treats to explore inside the bright, spacious and very modern cabin.

It's simple to get comfy inside the Kodiaq with ample seat and steering wheel adjustment and the elevated driving position results in excellent all-round visibility.

All the controls and readouts are perfectly positioned for ease of use and should you decide to venture from the Tarmac there is an ‘off-road' setting.

There are varying drive modes called Eco, Normal, Sport, Individual and Snow along with a Rough Road package that adds additional engine and underbody protection.

Another plus-factor is the seven-seat versatility of the Kodiaq. A pair of additional seats are folded flat to the boot floor and can quickly be raised and lowered when required.

The tonneau cover can be removed and tucked away neatly beneath the boot floor when not in use which is a rather clever move. And when it is needed the rear seatbelts can be disconnected to tuck away in the roof housing - all very smart.

Our car was powered by a 2.0-litre diesel engine and mated to a smooth seven-speed automatic gearbox.

For such a large vehicle, the Kodiaq is actually quite nimble and is easy to manoeuvre through busy town centres.

Motorway cruising is effortless as the car picks up speed shifting smoothly through the automatic gearbox. And the Kodiaq also does well out on the open road too.

Some high-sided SUVs tend to be too wallowy into bends and deliver rather a lot of stomach-churning body roll. That's not the case with the Kodaiq though.

It remains composed and confident with plenty of grip. Yes, if thrown recklessly into a corner it will fidget a little, but generally it's nicely refined.

The cabin is well insulated against outside noise, although due to the body styling and huge door mirrors you can expect a little wind sound at higher motorway speeds. But in general, the car and its diesel powertrain were nice and hushed.

The powered tailgate is a convenient feature especially if approaching the car laden down with shopping bags and the boot offers a generous storage capacity of 270 litres with all seats in use up to 2,005 litres with rows two and three dropped flat. This is slightly lower than the 2,065-litre limit on five-seat Kodiaq models.

Elsewhere, there are numerous storage compartments scattered throughout the car, including door bins, a glovebox, sunglasses holder, seat pockets, cup holders and there is even an umbrella tucked away in the front doors plus a removable LED flashlight in the boot. 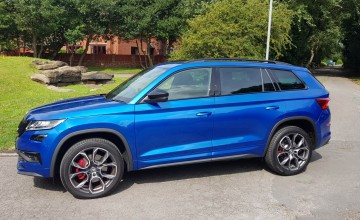 IF an endorsement was ever needed that big, spacious seven-seat SUVs were...

THE newest and smallest member of Skoda's SUV assault team for the European...