By Maxine Ashford on 2018-06-25 - Maxine has been a journalist since the late 1980s and for the past 13 years has specialised in motoring. Former motoring editor at Media Wales responsible for the Western Mail, South Wales Echo, Wales on Sunday. Freelance since 2009, Maxine loves cars but not quite as much as rugby! 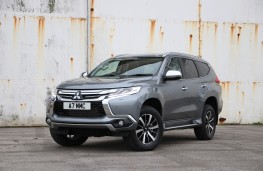 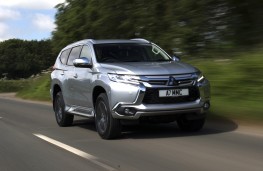 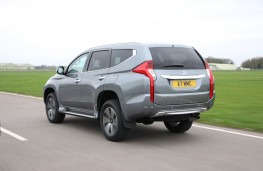 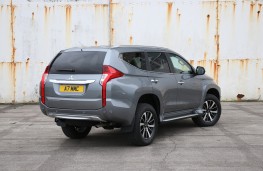 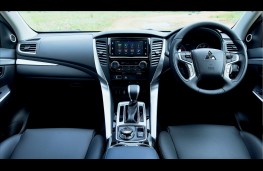 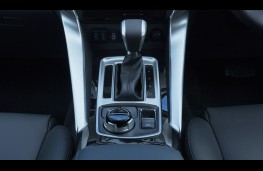 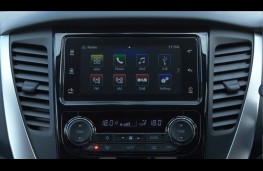 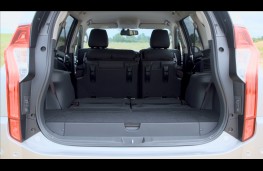 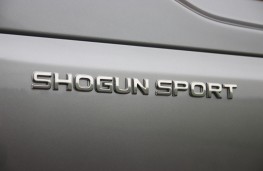 THE Mitsubishi Shogun name is synonymous with brutal off-road capabilities, awesome towing strength and pretty decent all-round driving dynamics - but it has finally come to the end of the road.

In fact, production of the Shogun has now ceased, so how will Mitsubishi plug the gap?

The answer is simple - reintroduce the all-new Shogun Sport that possesses all the qualities of the outgoing Shogun model but adds refinement and modern styling to the mix.

And the car has been given quite a big build up with Mitsubishi claiming it is the "most advanced and capable full-size SUV ever produced" by the Japanese marque. So high expectations on all counts then.

Those familiar with Mitsubishi models down the years will certainly recognise the Shogun Sport name as it was sold in the UK from 2000 to 2007 clocking up 18,500 sales and we were reliably informed that there are still more than 12,000 of those original models on our roads today.

But the new model really raises the bar.

It is available with just one engine - a 2.4-litre turbo diesel delivering 181hp and 430Nm of torque. It is mated to an all-new automatic gearbox which is exclusive to the vehicle.

The giant seven-seater SUV can power to 62mph from a standing start in 11.0 seconds and tops out at 112mph. According to official figures, combined fuel economy is rated at 32.8mpg with carbon emissions of 227g/km.

When it comes to styling the Shogun Sport is a larger-than-life presence on the road with a go-anywhere, athletic stance. It features sharply contoured sides, muscular wings, the unmistakable Mitsubishi grille housing the company emblem, rear privacy glass, chunky 18-inch wheels and LED lights.

Step inside (or rather climb onboard) and you are greeted by a wealth of creature comforts and technology.

There is a tall central console with piano black finishes and contrasting silver trim, leather upholstery is fitted as standard and linking up a smartphone is a simple process via Apple CarPlay or Android Auto.

There are two trim levels to choose from with Shogun Sport 3, priced from £37,775, featuring the likes of dual zone climate control, a reversing camera with rear parking sensors, automatic lights and wipers, electrically-adjustable front seats, a touchscreen infotainment system and plenty more besides.

Move up to Shogun Sport 4, costing £39,775, and you will see the introduction of heated front seats, an upgraded sound system, adaptive cruise control, forward collision mitigation, blind spot warning, a 360-degree camera and a few other features.

We had the opportunity to try out the Shogun Sport 4 both on and off road and it was quite an eye opener.

Comfort levels within the car are good for all occupants and the pair of third row seats can be raised or lowered in a matter of seconds. They offer enough space for a couple of children or for adults on a shorter journey.

The driver benefits from excellent all-round visibility thanks to the elevated seating position and, despite its size, the Shogun Sport is actually quite agile and easy to manoeuvre.

The transition through the gears is smooth enough with the option of paddles if you fancy taking more control of gear changes.

Although the acceleration isn't blisteringly fast it's certainly adequate for such a large vehicle and the diesel powertrain is fairly refined. There is a little engine noise when starting out, but once you reach cruising speed it all seems to calm down rather nicely.

Uneven road surfaces are ironed out with ease and there is minimal body roll into bends so long as it's driven with a little caution and respect.

Next up was the off-road course which meant a visit to a working quarry.

To be honest, it was here that the Shogun Sport really excelled. It climbed ridiculously steep inclines, waded through water that was approaching the maximum 700mm depth limit, traversed boulders and muddy tracks and drove at testing side angles whereby passengers had to hang on for dear life.

The course perfectly highlighted the efficiency of the hill descent system which kept the vehicle at a safe speed as it dropped down steep slopes.

We also climbed a testing hill and put the brakes on halfway up. After a couple of seconds, the hill start assist kicked in and we moved off without a hitch.

The off-road technology is easy to operate and switching from 2WD to 4WD can be carried out at speeds up to 62mph which can be useful if there is a sudden change in weather conditions. There is also a locking differential and 4WD lock for more rugged terrain. Off road settings are gravel, mud/snow, sand and rock and once again these are easy to access.

The boot capacity ranges from 131 litres with all seven seats in use, to 502 litres with the rear two seats down and up to a maximum of 1,488 litres with rows two and three flat. Elsewhere there are numerous convenient storage compartments scattered throughout the car.

Factor in a comprehensive range of safety features and the Mitsubishi Shogun Sport ticks all the right boxes. It may not be as refined as some rivals, or as dynamic to drive as others, but it is certainly a very competent all-rounder. 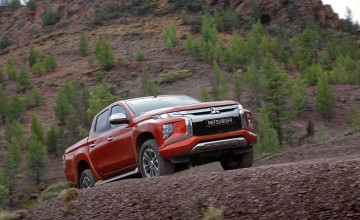 IT takes a special sort of vehicle to survive, challenge and virtually dominate...

THEMitsubishi Colt hatch is getting pretty long in the tooth now but in the way... 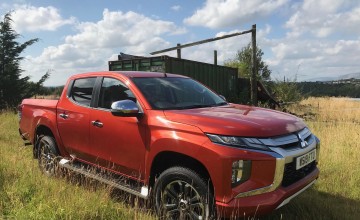 I KNEW Mitsubishi were on to a winner as soon as my daughter cast her eye over...