By Chris Russon on 2018-06-28 - The driving force behind Eurekar. Chris heads up a team of motoring correspondents under the Driving Force banner. Prior to Driving Force becoming independent in 2010 he was Chief Motoring Editor for Trinity Mirror Regional newspapers. Chris has been writing about cars for almost 40 years. 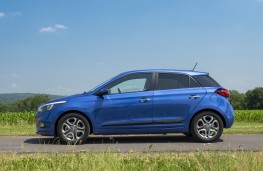 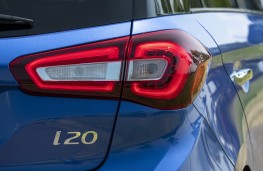 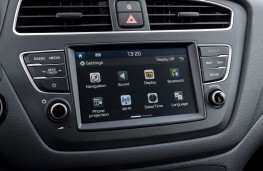 HYUNDAI has announced its new i20 hatchback line up will be priced from £13,995 when it arrives in the UK later this year.

The slimmed-down eight model range - which is now petrol and five door only - comes with new connectivity and safety features and a new-look all round.

The range also features a seven-speed DCT transmission on the 1.0-litre T-GDi 100ps engine which replaces the previous auto option.

As well as revised bodywork which now includes Hyundai's trademark ‘cascading' grille there are changes to the front and rear bumpers, new front fog lamps and a new design to the tailgate.

The entry level S model is powered by a 1.2-litre MPI engine developing 75ps which gives the car an official fuel return of 48.7mpg with CO2 emissions of 130g/km.

The three cylinder 1.0-litre engine is available from SE grade as is not only quicker but more fuel efficient.

Boosted to 120ps and with a six-speed manual box available only on the range topper, it's slightly livelier but fuel efficiency is down to 54.3mpg with a CO2 figure of 118g/km.

The DCT version has a 0 to 60 acceleration of 11.4 seconds, a maximum of 113mph and has similar fuel economy to the manual model.

All come with a five year unlimited mileage warranty and Tony Whitehorn, Hyundai's chief executive in the UK said: "Alongside the i10, the i20 played a significant part in kick starting Hyundai's growth, with over 125,000 i20's sold in the UK since the first generation was launched in 2009.

"Whilst the small car segment has been a challenging place for all manufacturers over the past few years, we expect the New i20 to build on its predecessor's solid and stable sales performance by offering customers the mix of connectivity, safety and efficiency that they demand".

A NEW hot hatchback from Hyundai has been captured on film during extreme...