By John Murdoch on 2018-07-01 - John is regional editor for Media Scotland's Lanarkshire and Lothian titles. Three times president of the Association of Scottish Motoring Writers he has been writing about cars for over 40 years. Recently awarded lifetime membership of the National Union of Journalists and was the subject of a motion in the Scottish Parliament congratulating him on his service to newspapers. 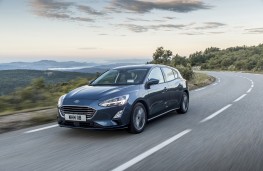 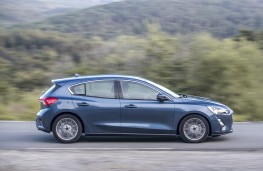 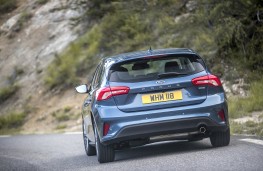 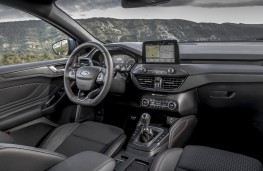 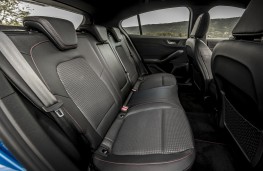 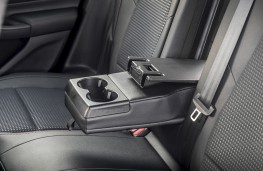 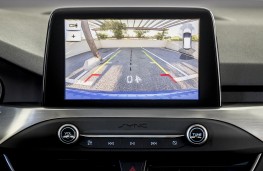 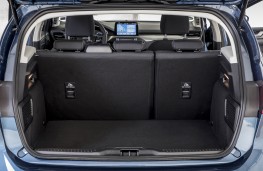 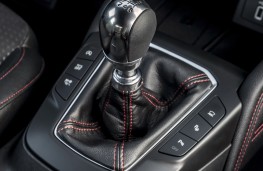 WHEN it arrived 20 years ago to replace the Escort the first Ford Focus was a sensation and a dynamic game changer.

It won numerous top awards and for years it dominated the sales charts until it was eventually upstaged by its smaller Fiesta sibling as people downsized.

The last couple of Focus models have not really inspired but nevertheless the Focus has still racked-up over two million sales in the UK and over 20 million worldwide.

Even with tough opposition the Focus has remained a no-nonsense value for money choice in a declining segment.

The growing popularity ofSUVshas hit every car in this sector so Ford have thrown everything at the all-new fourth generation Focus in a bid to return it to the top of the charts.

It is on sale now with first deliveries in time for the new registration in September and it is a major step up in quality and style on the current model and in many cases it is even cheaper.

The new Focus sits on an all-new platform called C2 and some versions of the new car feature independent rear suspension and an option of continuously variable damping.

As you would expect, Ford offer a wide variety of engines starting with a 1.0-litre three-cylinderEcoBoostpetrol with a choice of three outputs, a new 1.5 three-cylinder with either 148 or 180bhpand then there is a range of newEcoBluediesel engines, a 1.5-litre with 94bhp or 118bhp and finally a 2.0-litre with 148bhp.

A six-speed manual gearbox is standard across the range but you can get an all-new smooth eight-speed automatic on some models which is operated by a Jaguar-style rotary selector.

To support the standard five-door hatchback there is also a very handsome estate and a Focus Active which is really a jacked-up version with raised suspension and extra cladding will arrive later this year.

Trim starts with the Style model which can be bought for just under £18,000 but it is fairly light on equipment and so most people will go for the popularZetecmodels or the sporty ST-Line and ST-LineX. If you want even more luxury choose the Titanium, Titanium X or top of the rangeVignale.

On the style front the new car certainly catches the eye although it has clearly built on the looks of its predecessors. It is smart with nice lines and features neat light clusters front and back.

Although it is no bigger than the car it replaces the wheelbase has been stretched and the result is a much bigger more comfortable cabin with really impressive shoulder and rear legroom. Five adults will be able to travel in comfort.

The dash is now a mixture of soft-touch and better quality metallic-effect materials but some scratchy plastics still appear down below. All but Style editions get a SYNC 3 infotainment system, complete with Android Auto and Apple CarPlay.

Its accessed either through a 6.5-inch touchscreen onZetecand ST-Line models or an eight-inch display on ST-Line X, Titanium, Titanium X andVignale.

The larger display was in both cars I sampled and it was crisp, clear and quick to change functions.

The cabin is certainly a huge improvement over the old model and now has a premium quality to it and visibility is also much improved. The steering wheel has a nice feel to it and numerous functions can be controlled from it.

At 375 litres the boot space is generous and the good-looking estate is available if you want a real load-lugger.

There is a huge amount of standard safety kit on the new car which is sure to get a five-starEuroNCAPrating and in addition buyers will have the option of adding Co-Pilot 360 which gives you adaptive cruise control with stop and go, traffic sign recognition and lane centring.

Around town it is easy to handle and out on the twisting roads of the South of France it was a star.

It was also composed at motorway speeds and there was very little road or tyre noise.

The suspension coped really well with all types of surfaces and the steering was sharp and well weighted.

It always felt agile and responsive and it is a family car you can have fun with.

My first drive was in the 1.5 petrol with the manual box and it was a very good with the six-speed manual gearbox being a fine match.

This one had 182bhpon tap and it offers a top speed of 138mph with a sprint time of 0-62mph in 8.3 seconds. It is a nice smooth engine which has emissions of 126g/km and a claimed combined figure of 51.4mpg.

The second drive was even better - this time in the 120PS 1.5 diesel combined with the new and impressive eight-speed automatic. It made driving easy and the grunt from this new engine made it feel as if there was a much larger unit under the bonnet.

With a top speed of 122mph and a sprint time of 10.seconds it is no slouch either and it has a claimed combined figure of 78.5mpg making it a great choice for people who cover a lot of miles.

With the entry level model costing a staggering £2,300 below the model it replaces, the new Focus is ready to roll and its leap in quality will mean that it will continue to feature high in the sales charts for the next few years.