By Mike Torpey on 2018-07-01 - Driving Force news editor and responsible for organising our daily output. He was staff motoring editor of the Liverpool Echo for 20 years. 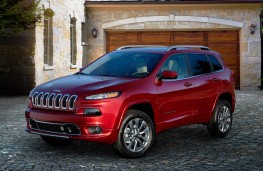 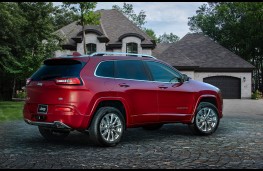 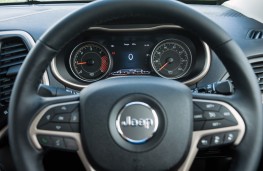 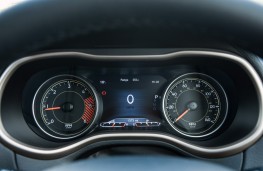 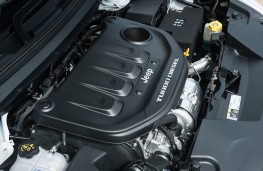 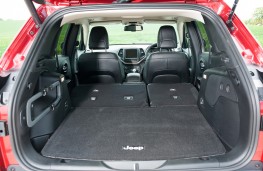 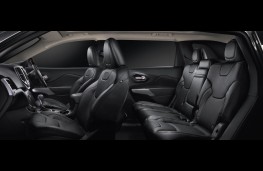 WHAT was once a classic, more boxy, shaped mid-size Jeep has certainly moved with the times.

It was that or become swamped by the plethora of stylish SUVs and crossover model now flooding the car market.

So the latest Jeep Cherokee has a more racy style with sculpted lines, a more elegant interior plus a shedload of premium kit - and is all the better for it too.

But while the models in its price range - and they include the likes of the Land Rover Discovery Sport, Audi Q5, Volkswagen Tiguan and Mercedes-Benz GLC - and more firmly focused on everyday driving, the Cherokee keeps its legendary off-road credentials towards the head of affairs.

Topping a five-level trim line-up is the tested Overland grade, packed to the hilt with technology and creature comforts.

It comes equipped with a 2.2-litre MultiJet II 200bhp turbo diesel engine paired with a nine-speed automatic transmission in either Active Drive I or Active Drive II 4WD.

And if these numbers hint at an economy trade-off, that's actually not the case - officially at least - as the Combined fuel return is a very attractive 50.4 miles per gallon.

That said, our own average return, which to be fair included plenty of urban driving, was actually 33.7mpg.

Versatility is certainly the name of the game with the Cherokee - in everyday conditions it moves seamlessly through the nine-speed auto transmission while gluey farm fields and rocky tracks are negotiated with ease.

The car's 4x4 systems feature the company's Selec-Terrain set-up with four modes of Auto, Snow, Sport and Sand/Mud depending on what's best suited to the surface and operated via a rotary switch.

Move inside and he cabin of the Cherokee is a pleasant place to reside with its tough perforated leather seats with the word Overland woven high into the front seats.

The only negative aspect of the interior in fact is the centre rear seating position, which is hard and uncomfortable to the point that you wouldn't want to travel more than a few miles as piggy in the middle.

Luggage and family paraphernalia are all well accommodated though in a gaping boot lined by a reversible rubber/cloth mat.

A power tailgate and ParkSense front and rear reverse assist system are standard on Overland along with the likes of driver and front passenger seats with four-way lumbar adjustment, memory driver's seat and mirrors, 18-inch aluminium wheels, HID bi-xenon headlamps and a steering wheel with wood insert. 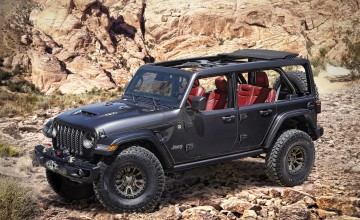