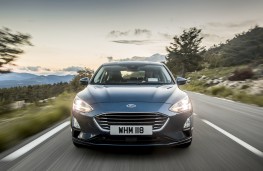 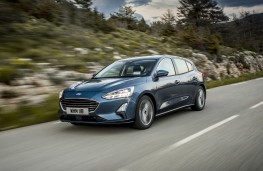 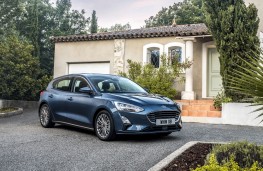 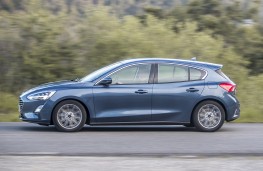 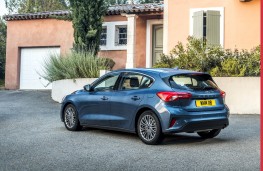 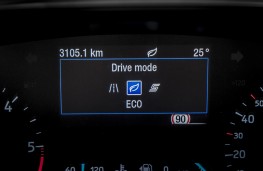 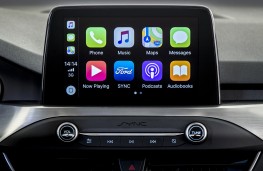 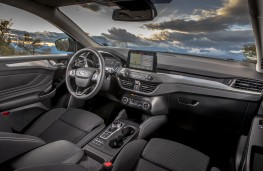 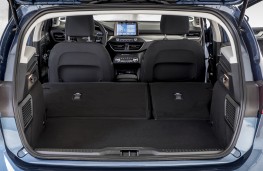 IT'S hard to believe that the Ford Focus is 20 years old and what a huge impact it had when it replaced the immensely popular Escort.

However, it was a huge hit, selling nearly seven million models in Europe since then.

With the introduction of the new, fourth generation model, Ford says it has taken the DNA, the ‘secret sauce' which made the original so ground-breaking, to create the ‘best Focus ever'.

It's no idle boast. It looks good, steers and handles exceptionally well, is remarkably roomy and is packed with all the tech you could possibly need or want.

A first impression is that the new Focus is much bigger but it's not. It's slightly lower with a longer wheelbase and shorter overhangs but its overall length and width are the same.

That longer wheelbase helps create the roomy interior - you can pile four six-footers in at the same time with ease. And, because the dashboard has been pushed much further forward, it feels like you are driving a much bigger car.

It also means there's more boot space - a very reasonable 354 litres in the hatchback - and much more in the estate or ‘Wagon'.

And, it really is a ‘new' model. Designed from a clean sheet of paper from the ground up, only a ‘handful of nuts and bolts' have been carried over.

The new range is launched with seven variants, with prices starting at Â£17,930 for the entry-level Style - Â£2,300 below the model it replaces. Zetec and ST-Line - which represent 55 per cent of sales - are also now Â£850 and Â£250 less. Then there's the ST-Line X, Titanium, Titanium X and upmarket Vignale.

The ST-Line, which is 10mm lower and comes with sportier looks including a rear spoiler, twin tailpipes and 17-inch alloys.

The interior layout for all is simple and clear with 50 per cent less buttons but also oozes more quality with plenty of soft touch materials.

A wide choice of engines is also available. There's an upgraded version of its multi-award-winning 1.0-litre three-cylinder EcoBoost petrol engine, which comes in 84bhp, 99bhp and 123bhp versions.

For those who want more poke for their pound, there's a new 1.5-litre three-cylinder EcoBoost stablemate with a choice of 148bhp or 180bhp.

Fuel efficiency and CO2 emissions from both EcoBoost petrol engines are improved by Ford's industry-first cylinder deactivation system for a three-cylinder engine, which can automatically stop one of the engine's cylinders when it's not needed. Working 20 times faster than the blink of an eye, it is completely unnoticeable in action.

Despite the current climate, Ford has not dispensed with diesel. There's a range of new EcoBlue engines - 1.5-litre engines with 94bhp or 118bhp - and a 148bhp 2.0-litre.

An upgraded, slick six-speed manual is standard for all but Ford has introduced an impressive eight-speed auto - eight gears for a family hatchback! - which comes complete with a Range Rover-style rotary gear selector on the higher-powered engines.

Now, the Focus has always been a favourite because of its handling and agility. For 20 years it has always been great to drive, especially enthusiastically. Would a 50mm longer wheelbase make a difference?

The good news is no. The very good news is - it's even better than before. In all honestly, fun is on tap no matter what version you choose.

The best-seller is expected to be the 123bhp EcoBoost, which comes with a lightweight ‘Twistbeam' rear suspension.

It's great around town, and comfortable and quiet at motorway speeds. On twisty B-roads it's fun and agile with oodles of grip.

It turns its nose into corners beautifully, there's extremely little body roll from its rigid chassis and there's a lovely little rasp from the engine.

It's probably all most people will ever need though you might need to drop a gear on steeper hills. It is very impressive.

For those who want more power and sleeker looks, there's the 1.5-litre ST-Line and its more sophisticated multi-link suspension.

The set-up of the 1.0-litre is so good, it's not a first-man-on-the-moon step forward in agility but it is supple, composed and slightly quicker.

The road noise from the 17-inch tyres seems a little louder but it is an excellent cruiser and has a wide band of power and torque with which you can wrestle out more enjoyment on more curvaceous roads.

Both were truly enjoyable to drive but, on the tight, twisting hairpins of the Alpes-Maritime in southern France, a version that really stood out was the 1.5-litre 118bhp diesel.

However, with 300Nm of torque to play with on those amazing roads, matched with the eight-speed auto - especially when using the accompanying paddleshifts - it was hugely entertaining.

Whether you want fun or family practicality, the new Focus is an utterly compelling proposition. With order books open now, first deliveries are due in September.