By David Whinyates on 2018-07-04 - David is one of the UK’s most experienced motoring writers and was instrumental in setting up the Driving Force syndication service for Britain’s biggest regional newspaper group. Former Chief Motoring Editor of Trinity Mirror Regionals, he is Driving Force’s Consultant Motoring Editor and a director of Driving Force Media Ltd. 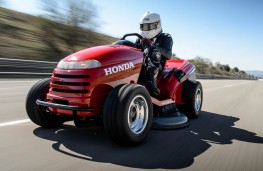 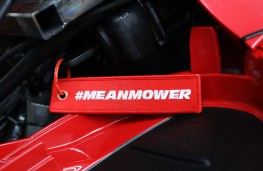 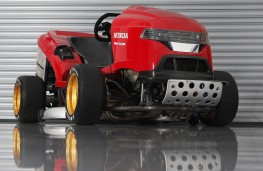 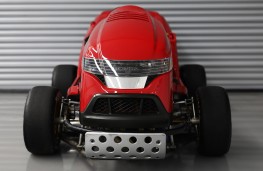 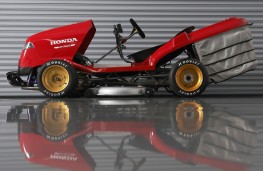 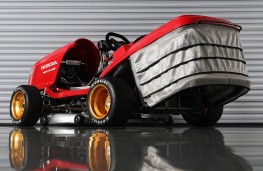 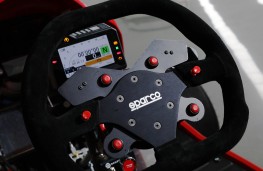 IT'S the Civic Type R of the horticultural world. With 190bhp it's capable of more than 150mph - and it's totally lawn legal.

This is the Honda Mean Mower V2 and its mission is to set a new record as the fastest lawnmower in the world - a title claimed by the original Mean Mower back in 2014 when it raced to an incredible 116.575mph.

That record has since been raised to a jaw-dropping 134mph by a Chevrolet Corvette V8-engined mower, but Honda is determined to get the title back.

So the original Mean Mower has been put out to grass and the company's British Touring Car Championship partner, Team Dynamics, was tasked with developing a machine which would make Honda best in the field again.

Using computer aided design, more bespoke parts, advanced materials, and 3D printing, the Mean Mower V2 packs almost double the power of the original, with the development team estimating it is capable of speeds in excess of 150mph.

Dave Hodgetts, managing director of Honda (UK), comments: "The original Mean Mower was a great challenge for us and the result was an amazing machine. This time we have moved the game on considerably â¦We're in testing phase now and everything is looking good, with a top speed of more than 150mph very much in our sights."

A key part of the brief was to retain the look of a lawn mower - in this case the Honda HF 2622 lawn tractor- which it does by carrying over its front cowl, grass box and body panels.

The second essential element is the ability to cut grass, which it also still does, thanks to slight revisions to the cutter deck to house the chain running to the rear tyres and the two batteries required to power electric motors which spin carbon fibre blades to mow.

The engine - a 999cc four-cylinder unit taken from Honda's high-performing CBR1000RR Fireblade SP motorcycle - produces more than 190bhp at 13,000rpm. There's a programmable, six-speed quick shift gear system operated through carbon paddles on the steering wheel - with the team estimating that this new machine could reach 90mph in first gear. 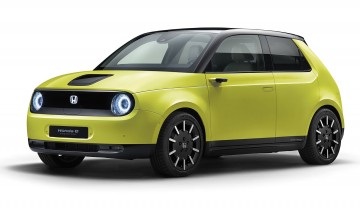 NO market is more competitive for SUVs than the UK - and Honda has just raised... 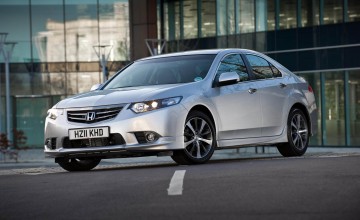 FOUR cylinder engines from Honda were for many years the smoothest and most...