By Peter Hayward on 2018-07-11 - Peter has been writing about cars for more than 35 years producing road tests, second hand car tests, features on new and classic models, road safety and manufacturing. Has been a contributor to Auto Express, Classic Cars, Classic Car Weekly, Candis magazine and Japanese Motoring. 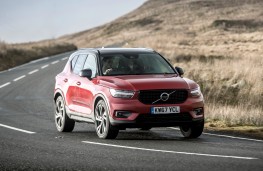 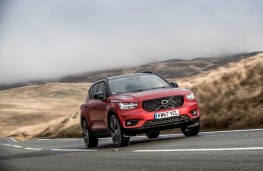 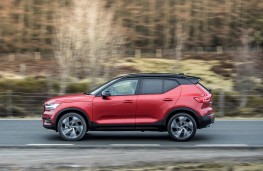 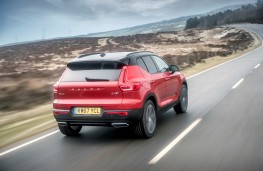 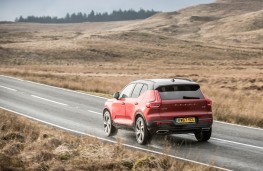 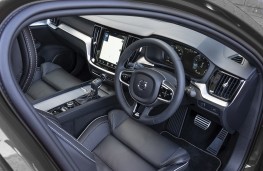 THEREis no doubt now that before too long the biggest selling cars will be high riding 4x4 lookalikes.

I say lookalike because so many of these SUVs are in fact just front wheel drive - but that's what most owners want.

There's been some research that found not only do people like the high driving position, but they also feel safer in a larger vehicle.

Volvo's recent tranche of SUVs have carried all before them - and of course, they have come from the excellent starting point of the previous XC60 and 90 models.

The latest is the smaller XC40, a competitor for the Audi Q3 and Range Rover Evoque, that should have them and the other premium car makers looking to their laurels.

As you would expect from Volvo, it comes with a huge array of safety technology, together with chunky good looks and true family practicality.

Others have said that its not much fun to drive, but I totally disagree. The petrol Momentum I drove at the bottom of the range was hugely enjoyable when I put it through some serious paces and still managed 32 miles per gallon with a good deal of town driving.

In T4 form, the 2.0-litre turbo engine produces 187bhp and that's good enough for easy overtaking, with a decent kickdown from the standard eight-speed automatic gearbox.

It also came with the security of all wheel drive (AWD) but Volvo is not making any claims about its off-road ability, since so few owners take such cars further than a muddy field.

The engine is smooth and very willing, and the gearbox has a Sport mode that makes everything more immediate, but is likely to cost in economy.

There is also a manual sequential setting, with paddles behind the steering wheel to make the changes.

The handling and road-holding are safe and sure and there's plenty of grip when its pressed through a corner.

But the suspension is set up for comfort, and in that it excels. I would say it's probably the most comfortable car in the class, taking the rough town roads and speed humps very easily and smoothing out even more at speed.

The cabin is a beautifully designed environment, with an LCD screen for the main instruments in front of the driver and another vertical A4 shaped one for the standard sat nav and other functions.

There's plenty of legroom front and rear, and also loads of storage all around the cabin, with such items as a hook for shopping bags in the front, and drawers under the front seats.

The boot is a good size and has under floor storage, and the rear seats fold completely flat at the touch of a button.

It also has sat nav, traction control and part-leather seats.

That legendary Volvo safety includes a city safety pack able to detect objects or people in front and apply the brakes automatically if necessary, lane safety systems, driver alert, and even a system that detects if the car is about to leave the road and steers it back on again. 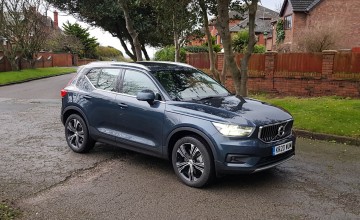