By Chris Russon on 2018-07-12 - The driving force behind Eurekar. Chris heads up a team of motoring correspondents under the Driving Force banner. Prior to Driving Force becoming independent in 2010 he was Chief Motoring Editor for Trinity Mirror Regional newspapers. Chris has been writing about cars for almost 40 years. 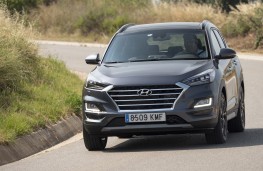 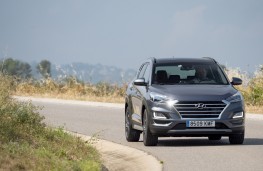 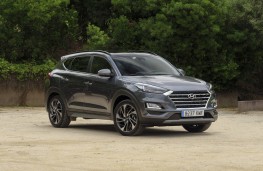 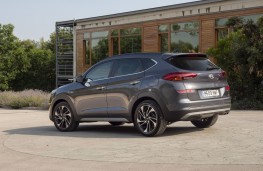 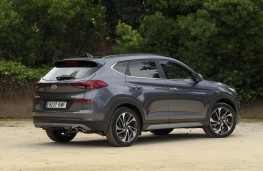 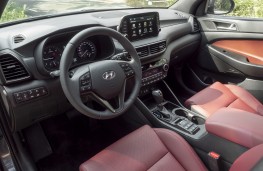 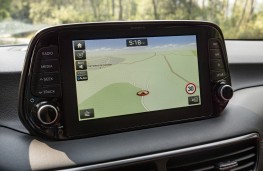 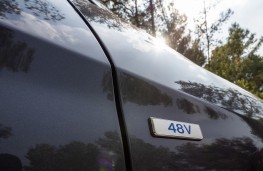 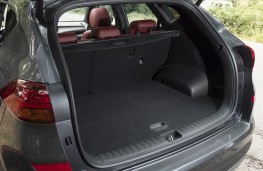 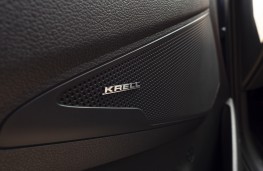 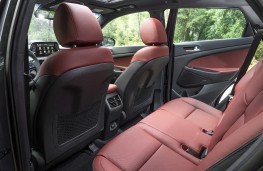 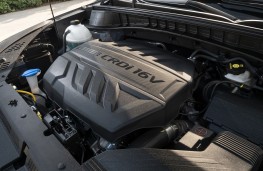 HYUNDAI is looking to the future by launching a mild-hybrid version of its latest Tucson medium-sized SUV.

Powered by a 2.0-litre diesel engine mated to a 48-volt power system, it is the first such powertrain from the Korean brand.

The mild-hybrid set up is making its debut on a revised version of the Tucson which has been upgraded with a new look front, rear and inside.

External changes include a new front which features Hyundai's ‘cascading' grille design, LED headlamps on top range models and revisions to the bumpers front and rear.

At the back there's also a new design for the tailgate and twin, angular exhaust outlets while wheel sizes range from 16 to 19 inches.

Inside, the latest Tucson has been nicely reworked and now comes with soft-touch trim on the facia and a floating display screen at the top of the dash.

Other enhancements available in the range include heated and ventilated front seats, a wireless phone charger and an eight speaker Krell audio system.

On the road the new hybrid model is a competent performer with a 0 to 60 acceleration time of 9.5 seconds and a top end of 125mph.

The hybrid comes only in high specification Premium and Premium SE trims and both have a new eight-speed automatic gearbox which is smooth and effective.

While performance is good - almost as quick as the 1.6-litre turbo petrol models - the real benefit of the new powertrain is fuel economy which officially is rated at 49.6 to the gallon with emissions of 151g/km.

We managed to average 40mpg over a good run and in a four-wheel-drive automatic that is very commendable.

The hybrid system develops 185ps and with 400Nm of torque it can tow loads of up to 1.9 tonnes while being more than capable over harsh terrain. Hill descent control is fitted to all models.

Boot space on the hybrid is no different to the regular versions of the Tucson which sees it having a capacity ranging from 513 to 1,513 litres while the cabin is nicely roomy for a medium-sized SUV.

Premium grade models sit on 18-inch alloys and are now keyless with a stop/start button, an electric parking brake and come with the Krell sound system as standard.

Sat nav and an eight-inch touchscreen are included on all but the basic model and the range topping Premium SE versions get LED headlights and come with adaptive cruise control as well as a surround-view camera system as part of their manifest.

Such hybrid powertrains, which use an electric motor to supplement the engine and don't require external charging, are the shape of things to come and undoubtedly will feature in other Hyundais in the future.

In the Tucson it makes a fine fist of powering the range topping models and adds another string to the car's bow.

THE Hyundai Tucson makes a huge amount of sense as a secondhand buy, with its...