By Lee Gibson on 2018-07-29 - A journalist with nearly 30 years of experience on some of the biggest regional newspapers in England and Wales including the Birmingham Mail, Express & Star, Western Mail, the Sunday Mercury and Wales on Sunday. He currently edits the Sunday Mercury motoring pages as well as contributing to Eurekar. 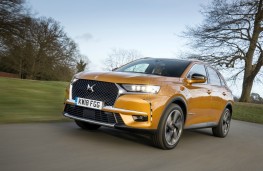 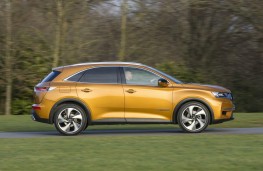 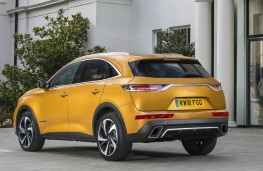 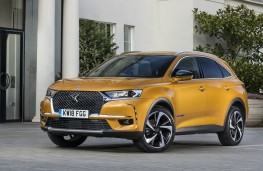 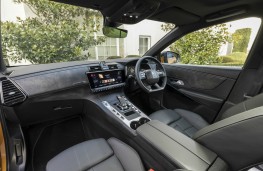 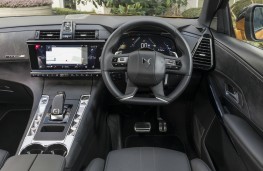 FOUR years ago DS Automobiles emerged from the Citroen umbrella to go it alone as an independent brand - with some seriously upmarket aspirations.

The DS 7 Crossback is the first completely new car to be developed by the fledgling marque, albeit on a shared PSA Group platform, and instantly takes pride of place as its flagship model.

A premium SUV - what else? - it will do battle with established rivals from the German triumvirate of Audi, BMW and Mercedes among others.

Support has already been forthcoming from the highest level, though, with the 7 Crossback making its public bow when it carried French president Emmanuel Macron during his inauguration in Paris in May 2017.

While the ‘presidential' version was a one-off, UK buyers can choose from four well-equipped trim levels - Elegance, Performance Line, Prestige and Ultra Prestige - and, depending upon model, petrol or diesel engines and manual or automatic transmissions.

The PureTech 225 turbocharged petrol power-pack is mated exclusively to the versatile and smooth eight-speed automatic transmission and delivers spritely and responsive performance - 0-62mph in 8.3 seconds and a top speed of 141mph.

Throttle response is punchy and prompt but the engine remains quiet and refined either in town traffic or on the open road.

It's obvious that the DS designers have worked hard to create something stylish and avant-garde with their first independent effort - but the degree to which they've succeeded depends upon whether you're stood looking at it or sat in it.

On the outside it's difficult to get away from the fact that, although a clean, sharp and modern looking vehicle, the 7 Crossback struggles to shake off the generic SUV stereotype.

With its large nose, prominent grille and scrolling indicator lights there are inescapable comparisons with the Audi Q5 and along the flanks I see echoes of the related Peugeot 5008.

Get behind the wheel, though, and you're in a much less derivative world inspired by the landmarks and Haute Couture of the French capital.

Geometric shapes and angles characterise all the switchgear, dials and screens and are a nod to the glass pyramid of The Louvre - an effect which is dialled up to the max in Prestige versions which also feature diamond stitching on the leather upholstery and trim.

It's quite an assault on the senses which, in higher-grade models, is augmented by ambient cabin lighting, heated and ventilated front seats with massage function and topped off with a pop-up clock on the dashboard from french watchmaker BRM that wouldn't look out of place on any Premier League footballer's wrist.

All of which creates a striking and plush interior which will certainly spark a reaction - but may be a little too gimmicky for some.

It does offer good family space, however, with a flat floor in the back meaning that three adults can travel in relative comfort on all but the longest journeys, while head and leg room is good. The boot, at 555 litres, is also more than big enough to cope with family needs.

Cutting-edge technology is an essential feature in any premium car and the 7 Crossback certainly has that box ticked.

All but entry level models get a 12-inch touchscreen infotainment interface as well as a 12.3-inch customisable digital instrument display - echoes of Audi again - while an innovative suspension system that uses cameras to read the road ahead is included on high-grade versions.

With or without this, though, the 7 Crossback is set up for comfort and does a good job of ironing out any imperfections in the road. There is some body roll in corners, as with most SUVs, but grip remains assured at all times.

The drive is relaxed and easy rather than urgent and engaging but that is exactly what you want from a family SUV and, ultimately, the 7 Crossback does everything it should do pretty well.