By Jon Smith on 2018-08-05 - Jon is a senior motoring journalist with a background writing for weekly/provincial daily and national newspapers and magazines. He has held executive news and features positions in Fleet Street and evening titles. Former Pirelli Motoring Writer of the Year winner. Currently specialising in product launches, safety issues, car tests and future motoring trends. 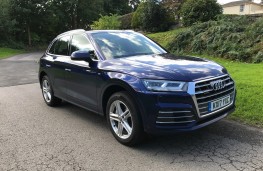 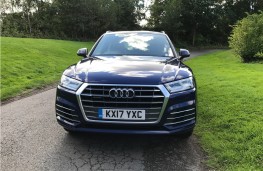 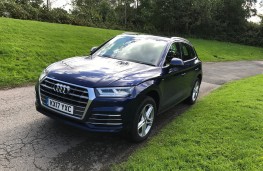 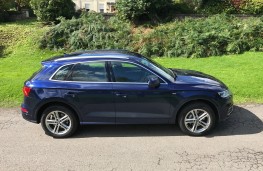 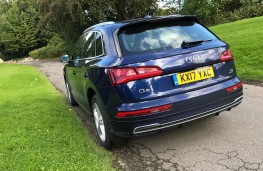 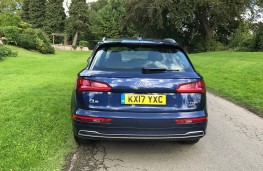 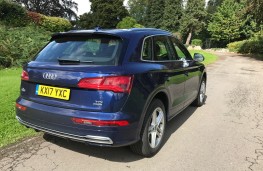 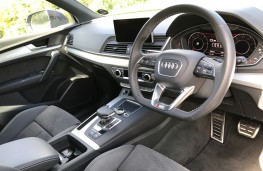 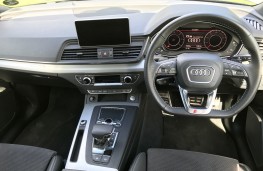 THEY may be considered by many to be the Bad Boys of the road, but there's something irresistible about a powerful diesel.

Whether it's the immediacy of the power, the huge reserve of torque or the mile-eating refinement of a big oil-burner...who knows. Maybe it's all three qualities together.

The appeal was ever present in the company of an Audi Q5 3.0 TDI.

An unassuming, though rather svelte, mid-size SUV it possesses abundant urge delivered smoothly and serenely to its four wide wheels, yet manages to squeeze around 35 miles from each gallon.

From the outside the Audi looks very like its smaller 2.0-litre brothers, but with no less than 282bhp to play with the performance is seriously fast.

The benchmark 62mph comes up in under six seconds and mid-range overtaking acceleration is of the neck-jerking variety.

Perhaps more surprising and impressive than the enormous grunt is the refinement.

Sure, there's a spot of diesel mumble-grumble at start up but that disappears almost straight away and under full throttle this full-cream Q5 takes off like a rocket and sounds as silky as a V6 petrol.

The 3.0 TDI diesel is in fact a V6 and can show a clean pair of heels to most rivals whether petrol or diesel.

Paired with an eight-speed Tiptronic automatic gearbox, progress is urgent but effortlessly undramatic.

Handling is much better than SUVs of old with a sharp turn in on bends and light steering - perhaps a shade too light during fast cornering.

The large 19-inch wheels shod with low profile rubber are great for adhesion but don't do the ride too many favours. Owners who place more importance on comfort and luxury than ultimate dynamics may be better specifying the 18-inch wheels.

However families may find holiday trips with the necessary clutter a bit of a bind because stowage space in the front is barely adequate. The door pockets are tad small and so is the central compartment between the seats.

No complaints, however, about legroom front or back, and the hatchback rear boot is similarly sized to competitors with a capacity of 550 litres. Fold the seats down completely and this grows to 1,550 litres which is enough for most families.

Despite the abundant urge, we managed an average consumption of 33mpg with a best of 39mpg, which is pretty good for a five seater that will leave many sports cars for dead.