is grand at VW

By Chris Russon on 2018-08-08 - The driving force behind Eurekar. Chris heads up a team of motoring correspondents under the Driving Force banner. Prior to Driving Force becoming independent in 2010 he was Chief Motoring Editor for Trinity Mirror Regional newspapers. Chris has been writing about cars for almost 40 years. 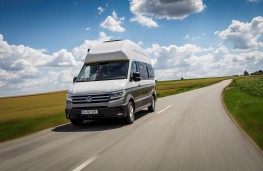 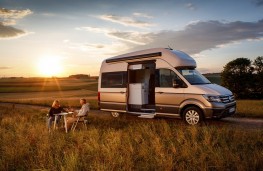 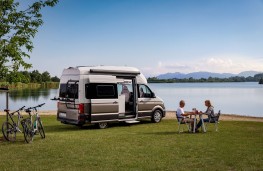 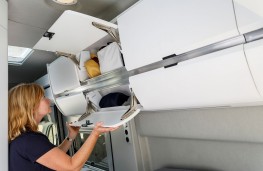 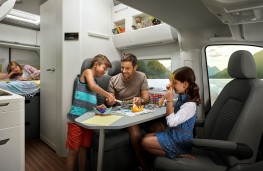 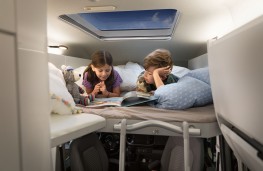 A NEW motorhome will be unveiled by Volkswagen when it launches the Grand California later this month.

Based on the Crafter van, the Grand California is a six-metre class camper complete with bathroom and large sleeping area as well as a high bunk bed for youngsters.

On sale early in 2019, it is the latest take on the Bulli-based California which first appeared in 1988 - the world's most successful campervan, with sales of over 160,000.

Volkswagen Commercial Vehicles says it has used the experience gained from its iconic camper to create the new Grand California on the Crafter's technical platform.

The cabinet trim in the Grand California is white, creating a bright, spacious feel which is boosted by pop-open camper windows at the back and on the sides and large skylights above the double bed in the rear and the living area.

A two-part mosquito net in the door is also part of the standard specification. One innovative feature is the option to control the loudspeakers in the living area via Bluetooth. This makes it possible to listen to music independently of the infotainment system using a smartphone, tablet or laptop.

The Grand California is fitted with swivel seats at the front and a double bench seat in the living area while the bathroom includes a fold-out wash basin, shelves with holders for toiletries, a cupboard with integrated toilet paper holder to protect it from getting damp, towel holders and a skylight for ventilation.

There are no light switches in the bathroom - the lights come on automatically via motion detectors - which are standard.

Gas-powered heating is another standard feature and there's an alternative to run on diesel-generated electric power. There's also be a solar panel system mounted on the roof, a satellite dish for TV reception and an LTE/WiFi router.

Driver assistance systems include a frontal monitoring system with emergency braking function, lane assist to help the driver stay in lane, blind spot monitor for changing lane, rear traffic alert for reversing out of parking spaces and park assist for steering into them. There's also a sensor-controlled side protection system, adaptive cruise control and the rear view reversing camera.

The Grand California comes with VW's 4MOTION all-wheel drive and the roof has been aerodynamically shaped in order to avoid any negative effects on fuel consumption.

The new camper van will have its world debut at the Caravan Salon in Dusseldorf on August 24 when Volkswagen will announce further details including launch dates and initial prices. 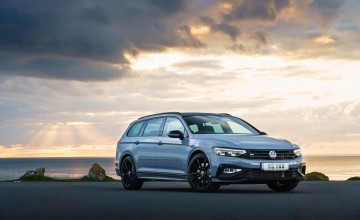 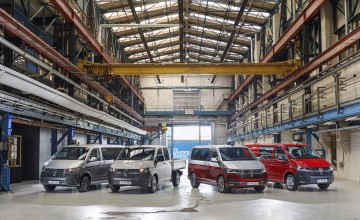 IT'S been around for 70 years in varying guises but the new Volkswagen...