By Peter Hayward on 2018-08-08 - Peter has been writing about cars for more than 35 years producing road tests, second hand car tests, features on new and classic models, road safety and manufacturing. Has been a contributor to Auto Express, Classic Cars, Classic Car Weekly, Candis magazine and Japanese Motoring. 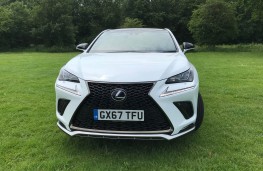 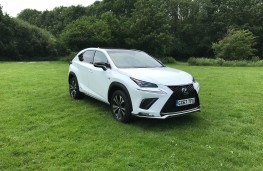 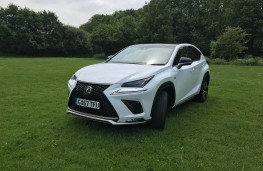 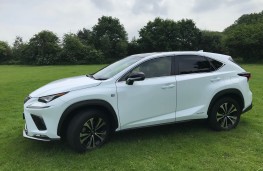 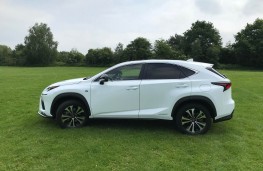 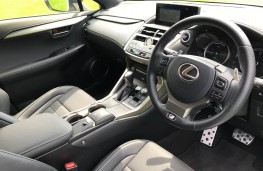 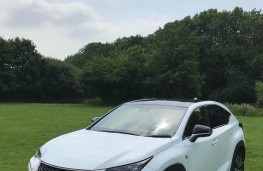 THE superb build quality and excellent reliability of Lexus cars gives them an almost unrivalled residual value over three years.

This gives an idea of the power of the brand, which spreads down from the top models to the smaller CT and IS and to the NX mid-sized 4x4 SUV I've just enjoyed.

Although there is a pure petrol version, almost all sold in this country are 300h hybrids, with a combined petrol engine and electric motor.

It is not a plug-in hybrid, but one where the batteries are recharged by the main power unit on the move and by the braking system on slowing down.

At slow speeds up to 30 miles an hour, and with a very gentle right foot on the accelerator, the NX 300h is then powered solely by the electric motor, helping towards good economy and low emissions.

As speed increases the petrol engine cuts in seamlessly to provide the power and recharge the batteries.

Of course, the setup could be used to give performance, but that's not what the NX is all about.

It's a beautifully made, very well equipped, refined, comfortable and above all easy-to-drive machine that takes much of the stress out of living with a car in these days of endless traffic.

The 2.5-litre engine is completely inaudible unless provoked for a blast of acceleration and, even then, it's completely seamless since there are no gearchanges.

The F-Sport model I drove does have an adjustable synthetic engine note that feeds in on acceleration, but it's not very realistic, and much better turned off.

The driver just has to sit into the opulent, heated and cooled leather driver's seat, put the gear selector into D and put their foot down on the accelerator. Simplicity itself.

The F-Sport also has Sport and Manual settings for the gearbox, but is such a relaxed car, I would say they are almost superfluous, since few owners are ever going to use them.

There are also five settings for accelerator, steering and other controls, including Normal, Eco, Sport and Sport+.

Sport turns a large economy meter in the digital binnacle into a tachometer, but makes only a marginal different to performance or the feel of the car.

Acceleration is good from any speed, but a hard shove on the loud pedal can take a noticeable split second to have some effect at times.

During my week of fairly testing driving, it showed a real 36mpg, which is not bad for a car of this weight.

I would say that should give most owners 40-plus, even though the government average is a heady and impossible to attain 54mpg.

There is a fair amount of bump-thump on rougher surfaces from the big wheels and low profile tyres, but this is the only intrusive sound during driving in town and it rolls over speed humps very easily.

Body roll is well controlled by the sophisticated suspension system so it also takes the corners very well, with decent balance and a confidence-inspiring level of grip.

The NX is sophisticated and smart and it comes with so much kit it has almost everything that most people would want.

Even the steering column is electrically adjusted, and it also comes with a wide range of electronic safety devices, auto headlights and high beam, auto folding mirrors, sat nav and drilled-look pedals.

The sat nav screen is rather narrow and controlled by a knurled wheel between the seats which is slow and difficult to use compared to a touch screen.

This is odd because Lexus started their navigation systems with an excellent touch screen years ago. They have copied BMW but it's a retrograde step.