By David Whinyates on 2018-08-10 - David is one of the UK’s most experienced motoring writers and was instrumental in setting up the Driving Force syndication service for Britain’s biggest regional newspaper group. Former Chief Motoring Editor of Trinity Mirror Regionals, he is Driving Force’s Consultant Motoring Editor and a director of Driving Force Media Ltd. 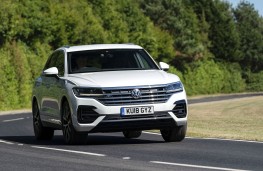 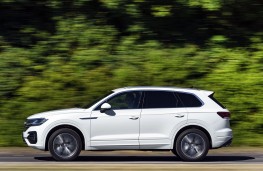 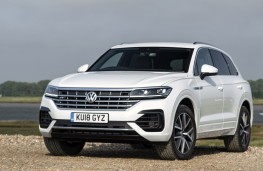 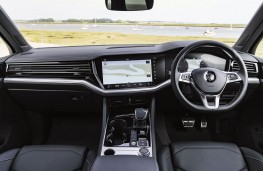 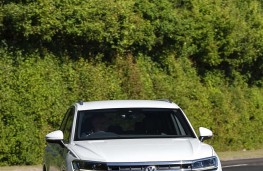 IT'S little more than a month since Volkswagen launched the all-new 2018 Touareg, but the range is being expanded already with the availability of a second turbo-diesel engine.

A lower-powered, 231PS V6 turbodiesel engine joins the 286PS TDI unit which the new model was launched with in June.

Like the original unit, the new engine is available on the latest model's three trim levels -SEL, R-Line and R-Line Tech - and results in a lower starting price for the 2018 car with 231 PS V6 TDI models priced from Â£48,995.

Specs and trim levels remain the same as models fitted with the 286PS engine with an eight-speed tiptronic automatic gearbox and 4MOTION four-wheel drive plus a limited slip differential.

Inside there's black leather and LED white interior lighting. The gear knob and steering wheel - which includes paddle shifters - are leather-trimmed with a gloss black inlay and aluminium trim..

The SEL is also equipped with the impressive Discover Navigation Pro infotainment system which has a 9.2-inch touchscreen at its heart. The system includes navigation with European mapping, Bluetooth telephone and audio connection, and a variety of other features such as DAB radio. Functionality is enhanced by voice activation for the navigation and telephone functions. 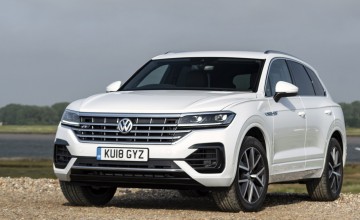