By Lee Gibson on 2018-08-17 - A journalist with nearly 30 years of experience on some of the biggest regional newspapers in England and Wales including the Birmingham Mail, Express & Star, Western Mail, the Sunday Mercury and Wales on Sunday. He currently edits the Sunday Mercury motoring pages as well as contributing to Eurekar. 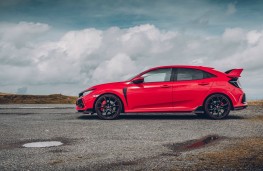 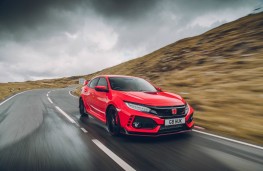 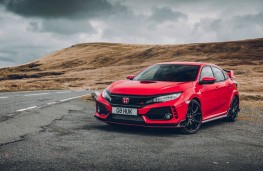 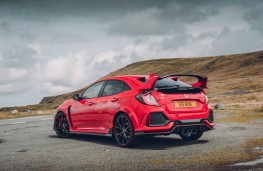 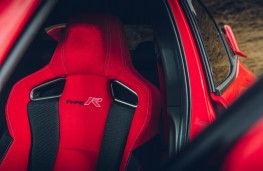 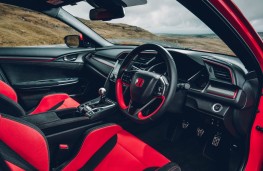 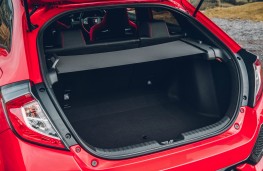 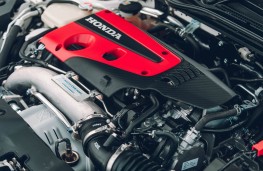 FOR more than 25 years the red Type R badge has marked out high-performance Hondas from their more sedate stablemates.

During that time the Integra, the Accord and the NSX supercar have all borne the suffix but the Civic has always been the car most identified with the moniker - picking up a dedicated fan base along the way.

The current fifth generation Civic Type R is the most powerful and in-your-face edition yet, with a 320ps 2.0-litre turbocharged engine and aggressive angular styling that is topped off with bulging front air intakes, a huge rear wing, 20-inch alloys and not two, but three centrally-mounted tailpipes.

The look certainly won't appeal to all and invites the usual ‘boy racer' sneers but turned plenty of heads as I drove around in it - many of them probably surprised to see a fat, balding fifty-something behind the wheel.

For driving enthusiasts, though, the Type R definitely offers the kind of performance and thrills to carry off its outrageous appearance.

Delivering drive to just the front wheels, unlike many rivals, the revvy power pack offers peak torque of 400Nm between 2,500 and 4,500 revs and will fire the car from standstill to 62mph in just 5.7 seconds and on to an autobahn-busting top speed of 169mph.

Acceleration feels every bit as sharp as those figures suggest, while shifting up through the snappy, short-throw six-speed manual gearbox as you go adds to the sense of enjoyment and engagement for the driver, who sits suitably low down in the bright red sports bucket seats.

A clever rev-matching function keeps gear changes smooth while the sophisticated suspension system and limited-slip differential ensure that all that power is harnessed and delivered effectively to the road at all times.

All of this high-tech wizardry, coupled with a lightweight, highly-rigid body means the car is incredibly nimble and agile, remaining flat and composed through fast bends and responding eagerly as you push on out of them.

High-performance Brembo brakes on the front wheels, with striking red calipers, help to tame the Type R's prodigious pace when it's time to slow down but this is a genuinely driver-focused machine that offers exceptional fun on the open road.

What is startling, though, is that for all this performance-focus it is also a car which now offers easy everyday driveability - thanks to the addition of a ‘Comfort' setting to the previous model's default ‘Sport' and track-focused ‘+R' drive modes.

While taking a little edge off the throttle and steering responses, this new setting makes the Type R a surprisingly compliant and comfortable car for pootling around town as well as doing a great job of ironing out all but the worst imperfections in the road surface.

Add to that the fact that it's got four doors, comfortable room for four adults, plenty of storage cubbies in the cabin and a family-sized 420-litre boot - rising to 786 litres with the 60/40 split rear seats folded down - and the Type R is one of the most practical hot hatches around. Although it's worth pointing out that it is definitely a four-seater, as there are only two seatbelts in the back.

If you're after a head-turning hot-hatch with performance to match its looks that also works as a family motor then the Type R has a lot to offer.