By Jon Smith on 2018-08-19 - Jon is a senior motoring journalist with a background writing for weekly/provincial daily and national newspapers and magazines. He has held executive news and features positions in Fleet Street and evening titles. Former Pirelli Motoring Writer of the Year winner. Currently specialising in product launches, safety issues, car tests and future motoring trends. 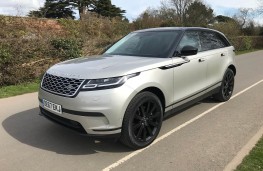 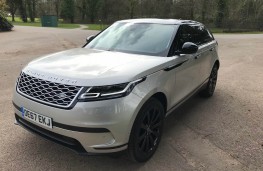 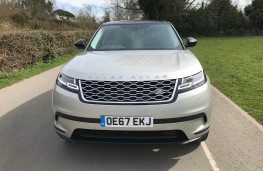 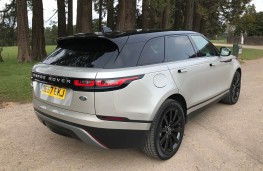 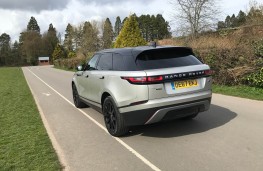 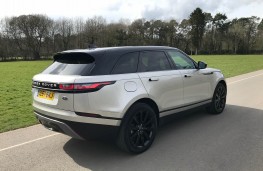 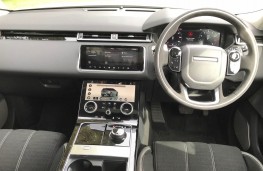 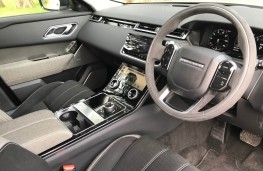 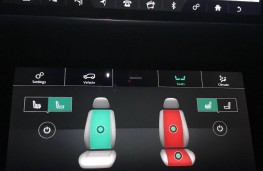 THERE are few marques capable of commanding quite the respect that of the Range Rover.

The transport of choice for stars at film premieres, royals on state occasions, and countless overpaid footballers, the SUV range is never very far from the limelight.

Now with a broad range that kicks off with the more affordable and compact Evoque, the line-up was recently further strengthened by the introduction of the Velar which bridges the gap between the Evoque and the full-cream Range Rover Sport.

First and foremost, it's stunningly good looking. Although immediately recognisable as a Range Rover, it has the elusive elegance of its baby brother, the Evoque, but possesses the same sort of road presence of the more senior models in the line-up.

And those door handles. You can't help but notice the neat retracting handles that emerge phoenix-like when the car is unlocked. Let's hope joyriders don't take advantage...

Unlike many SUVs which tend to be all mouth and no trousers when it comes to the off-road stuff, the Velar is well able to romp over slippery slopes and scale the occasional mountain. Four-wheel-drive is constant and provides impressive adhesion. There are bound, however, to be those who mourn the lack of a low ratio gearbox for serious off-road adventures.

But it is as long distance, luxury transport that it is mostly required for. Two-litres doesn't sound over-generous to haul such a large five-seater, but with 237bhp on tap and decent reserves of torque there's ample power to propel it to 62mph in under seven seconds and on to a maximum of 135mph.

An eight-speed automatic gearbox is standard and makes the most of the performance in drama-free fashion.

It is, however, impossible to deny the laws of physics and the 4.8 metre long Velar does feel a big, heavy vehicle, especially when threading through windy country roads. There's some cornering roll, but this is largely contained and air suspension does a good job in ironing out the bumps and smoothing corrugated surfaces.

Steering has long been a Range Rover strength. A quality that is maintained in the Velar with ample road feel and a good turn-in on bends.

The cabin is a place to relish and enjoy. High quality fittings, soft leather upholstery and a commanding driving position help give it a luxury air that lifts it above most rivals.

Boot space is more than most families will require at 632 litres, but the load platform is quite high to lift heavy items. The air suspension lowers the level slightly when stopped which helps loading.