By Chris Russon on 2018-08-27 - The driving force behind Eurekar. Chris heads up a team of motoring correspondents under the Driving Force banner. Prior to Driving Force becoming independent in 2010 he was Chief Motoring Editor for Trinity Mirror Regional newspapers. Chris has been writing about cars for almost 40 years. 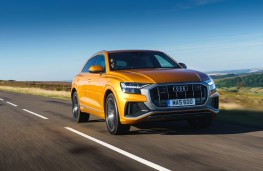 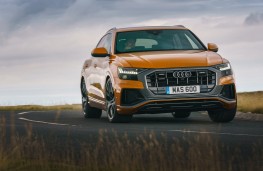 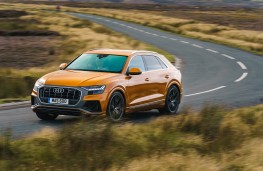 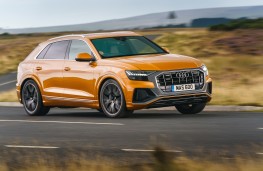 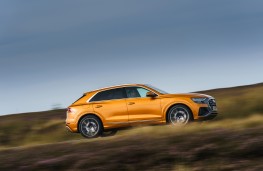 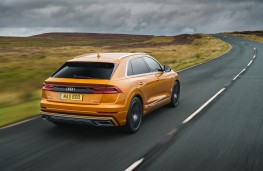 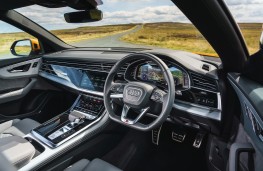 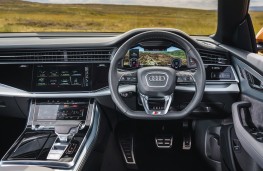 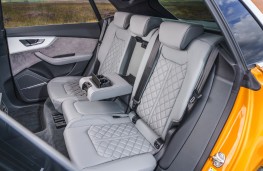 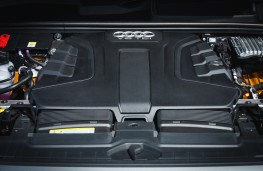 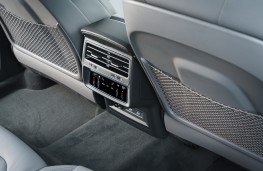 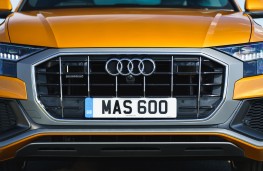 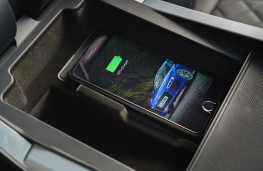 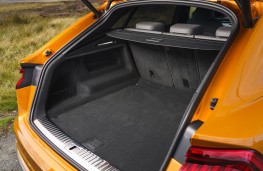 WHEN Audi launches a halo model it's bound to turn heads and the German car maker is pulling no punches with its new Q8.

For Audi, this is where SUV meets coupe and the new model comes with a host of features that are going to make the Q8 highly desirable.

As the flagship of its SUV line up the Q8 blends technology from the A8 luxury saloon with the space and ability of the Q7.

The Q8 is a big car - although some two inches shorter than the Q7 it is significantly wider and lower and has 605 litres of boot space, extending to a maximum of 1,755.

That puts it in good shape compared to rivals such as the BMW X6, the Mercedes GLE and the Range Rover Sport with only the latter beating the Q8 on the luggage front.

What sets the Audi apart is its styling with a bold front set off by a bold grille design and headlamps with distinctive LED running lights sitting above a pair of large air intakes.

There are also some unexpected design touches such as frameless doors and the Q8 has a long wheelbase which bodes well when it comes to handling.

Initially, Audi is using its 3.0-litre V6 mild hybrid diesel engine developing 286ps to power the Q8 which gives it a 0 to 60 time of 6.3 seconds with a maximum of 152mph and that knocks the opposition into a cocked hat.

So does the Q8's fuel return which officially is rated at 41.5mpg with emissions of 178g/km - and that is on 21-inch wheels.

We didn't quite match that on our drives in the Q8 50 TDI quattro but came close with the car returning an average of 38 to the gallon over a couple of 60 mile loops - not to be sneezed at in a car weighing in at more than 2.1 tonnes.

The Q8 has an eight-speed automatic transmission complete with paddle shifters and there are seven drive modes to go at including two specifically configured for harsh terrain, although we didn't get the chance to try the Q8 off road.

Nevertheless, it performed in sterling fashion and delivered a splendid drive with roll kept to a minimum in corners thanks to automatic air suspension and a brisk turn of speed available if required.

The width of the car - it's actually more than seven feet wide including the door mirrors - is noticeable and the effect is compounded by the design of the facia which has straight air vent outlets running across.

In the middle are two display screens controlling virtually all functions via touchscreen control. In fact, the only ‘conventional' knob is the volume control for the audio which can be found on the left hand side of the centre console.

Other than that it's all high tech inside and that is carried on into the graphical virtual instrument panel which can be configured in a variety of displays ahead of the driver.

On top grade Vosrpsrung versions of the Q8 a head up display is fitted but this model was in S line trim, priced from £65,040.

Options such as a 360 degree camera system, a panoramic sunroof and a Bang and Olufsen sound system took the overall cost of the Q8 we tried to £76,990 but in this heady league of luxury SUVs that is still competitive.

Where the Q8 scores highly is in its looks and the aggressive approach to styling from Audi is sure to pay dividends for the German brand.

Vorsprung models, which include all-wheel steering, full leather trim and 22-inch wheels as standard are priced from £83,040 and that is top dollar for a top specification car.

The Q8 is due for release at the start of September and eventually the line up will be expanded to include a 231ps diesel and a 340ps version of Audi's 3.0-litre V6 petrol engine. 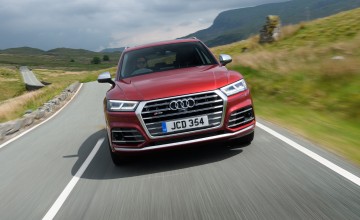 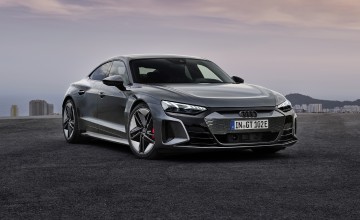 AUDI is expanding its EV line up with high performance GT versions of the...