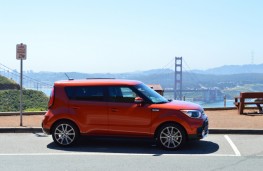 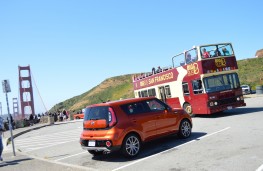 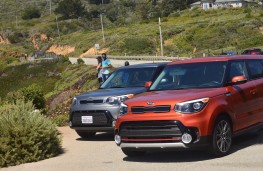 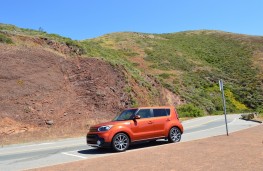 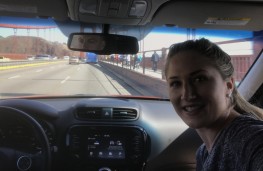 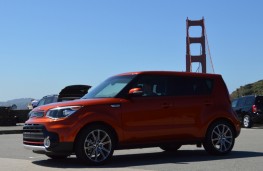 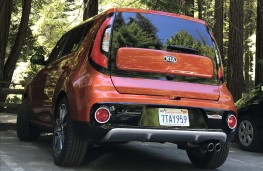 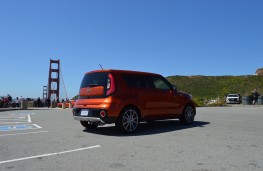 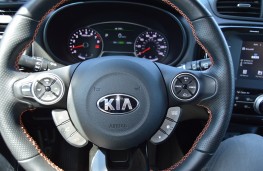 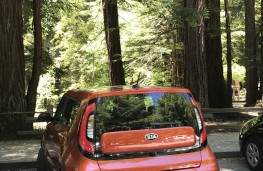 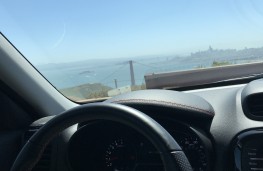 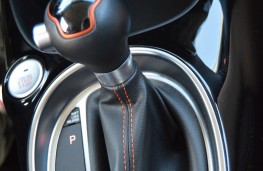 THE Kia Soul is car that is in a niche of its own as a compact crossover but over in America it's a car for people who are on the up.

I've driven the Soul in the UK for the past four years and it's not missed a beat, so taking one on a tour of California was ideal.

In fact, the Soul has its roots in the Sunshine State being designed there at Kia's studios in Irvine near Los Angeles and its proved a smash hit, especially with younger drivers.

As a love it or hate it car, it is fair to say that I love its unique look, adventurous stand-out colours and luxury features as standard from Kia.

The latest Wild Orange colour Soul has a series of modern upgrades which appeal to a lot of youngsters in the US, and it's only a matter of time before it's a big hit in the UK.

We travelled 700 miles together taking advantage of its easy-to-use cruise control at the click of two buttons on the sporty D-shaped steering wheel.

Averaging 40mpg on the Highway 1 and 101 in cruise control, we managed the 300 mile Santa Monica to Las Vegas trip with petrol left in the tank.

Setting off from San Francisco, the bright trendy car was getting a lot of attention from locals with its gloss black bumper trims, 18-inch alloys and privacy glass looking every inch how it felt.

For those who were not fortunate to see the Soul's premium interior, we were spoilt for a fortnight's road trip.

Particular attention was paid to the modern crystal clear seven-inch centre screen keeping us connected at all times.

The phone connection was automatic via Bluetooth, which simultaneously activated the Parking Minder which sends your vehicle location to your smartphone when the ignition goes off.

Leather and material trim seats and leather head rests set off with orange stitching also featured on the gear knob, the centre console and steering wheel.

Although Normal and Eco modes were very comfortable, having a play in the Sport mode was a must.

Changing of the modes showed in the electronic driver monitor speedo and features the torque and turbo pressures which gives it a very advanced feel. Sports mode was more impressive than expected and had an instant pull of speed.

This model priced at $23,620 (£18,390) included notable standard features; electronic adjustment controls of the driver seat and all four windows, the mirrors, auto lights and auto lock.

Hill start assist and reversing cameras featuring in the centre screen are excellent features on this reasonably priced car.

Both were tested and both were remarkable, making it difficult to return to cars without such luxuries, especially the reversing camera with its parking sensors.

Standard features also include one AUX port and two USB ports, one of which is neatly placed in the centre console with a special wire shaped notch cut out for complete attention to detail.

Air con is almost a given in any new car, and in the hot spots of California with temperatures rising to 100 degrees fahrenheit in the Las Vegas desert, we were thankful for the system which kept us perfectly cool at all times, complimented by the solar resistant windows.

The generous leg room for all passengers is slightly hindered by boot capacity of 354 litres which made it not so suitable for large pieces of luggage. The seats would need to be folded to accommodate a large suitcase at the sacrifice of passengers.

Although yet to win any awards in the UK, the US are fully appreciative of such a vehicle and the Soul has been awarded ‘Status of compact multi-purpose vehicle in initial quality' by JD Power and named ‘Best Compact Car for the Money' by US News & World Report.

Surely, recognition of the Soul in the UK is something that has been missed as over here it has a starting price of Â£14,725 and comes with Kia's seven year/100,000 mile warranty. 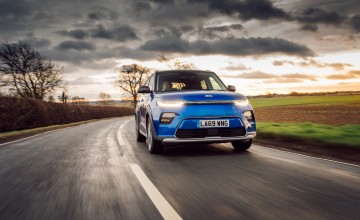 TWO of the main concerns about electric cars, as far as buyers are concerned,...