By Patrick James on 2018-09-01 - The author has been a motoring writer for more than 16 years. Formerly motoring editor at the Coventry Telegraph, he now produces motoring copy, on new car launches and road tests on a freelance basis. 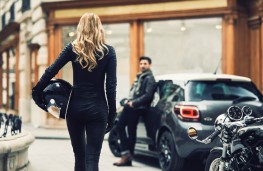 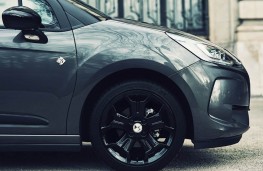 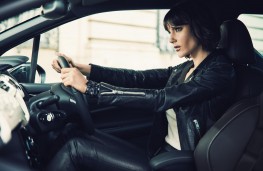 THE efforts of Citroen's luxury arm DS to establish its own identity is gathering pace and reaping dividends.

The premium brand has launched a series of limited edition models in the DS 3 range, that are eye-catching and individual.

Each has its own story and each has livery that is, to say the least, eye-catching.

According to DS, the Cafe Racer harks back to the motorcycle culture of the 1960 andbecame popular with British bikers. They would jump on their bikes and race around the streets of London, from one café to the next.

In a tribute to that sub-culture, French graphic design studio BMD Design joined with the French car maker to turn a three door hatch into a work of art.

In its grey livery with cream roof and large distinctive artwork, you can't really miss it.

If you want to stand out from the crowd, this certainly fits the bill with a UK production run of only 150.

The interior has a faintly retro styling with the cream colouring prominent with the painted metal dashboard, and graphics that mirror the roof decoration.

The cream is offset by darker soft touch finish while the leather watchstrap-style seats feature cream over-stitching which is also on the perforated leather steering wheel. Aluminium pedal and footrest adds a touch of sportiness.

Interior space is compact in what is a compact car but head and legroom in the front seats is adequate except for the very tallest while the rear space is a good deal more cramped. Boot space is more than adequte with an impressive 285 litres expanding to 980 with the seats folded.

The car is packed with equipment, including automatic air conditioning, reversing aids including camera and radar, automatic wipers and heated wing mirrors.

It is eye-catching inside and out and these versions certainly set DS apart as a brand.

But as part of PSA it also has the benefit of a common set of engines, the firecracker in this model being the feisty 1.2-litre three cylinder petrol engine.

Available as a 110ps or the 130ps on this model. The car can hit 60mph in just under nine seconds, all delivered with the signature throaty rasp of the three cylinder mated to the six-speed manual gearbox.

It looks sporty and handles in a sporty fashion as well feeling well planted on the road and extremely grippy on corners. The ride itself is firm and gets unsettled over lesser road surfaces.

Comprehensive safety kit is a given with an array of airbags, traction control, parking aids