By Peter Hayward on 2018-09-06 - Peter has been writing about cars for more than 35 years producing road tests, second hand car tests, features on new and classic models, road safety and manufacturing. Has been a contributor to Auto Express, Classic Cars, Classic Car Weekly, Candis magazine and Japanese Motoring. 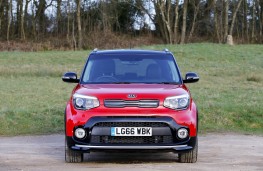 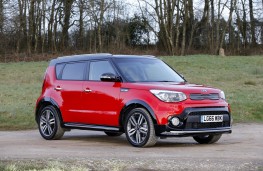 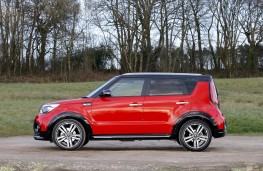 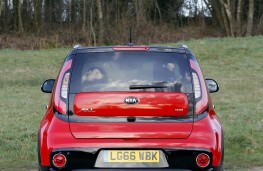 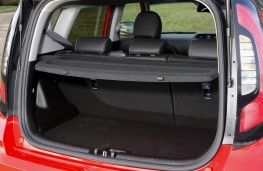 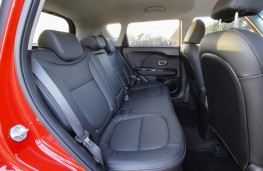 RETURNINGfrom a trip to Cornwall to see old friends on The Lizard, there was plenty of time for a drive - a rarity in my family.

It was a lovely summer's day so I chose a route across country as far as Bridgewater, taking us through Bude and Holsworthy and then up over Exmoor.

It was a marvellous drive, with stops for tea and coffee whenever we chose, or just to enjoy the wide open views.

I was driving Kia's Soul urban soft roader and it handled the whole trip with great ease - and no small amount of enjoyment for me.

Even on the main road out of North Cornwall - the A39 - traffic was light and, as we headed inland and up to Exmoor, the roads became quieter and quieter - apart from an odd tractor and trailer of course.

It just shows that if you're prepared to take the time, you can find roads that are almost clear, even during holiday times when the motorways are packed and dangerous.

I kept up a decent average speed - obviously slower than it would have been had we gone on the motorway - and it was a delightful drive.

On that return journey, the 1.6 petrol Soul returned 38.4mpg, while on the way down, it had only managed a real 35.

So it's not particularly economical, but nonetheless, the diesel version takes over four and a half years to break even with it when all the variables are taken into account.

The non-turbo petrol engine produces 130bhp and so has plenty of power available, but that power really comes in above 3,000 revs, as it does with many similar units.

So to get best performance - which is as good as most in the small SUV class - it does have to be pushed up the rev range.

Luckily it sounds lovely and is smooth and happy to rev, so it feels great on the move, without ever becoming too noisy.

There's plenty of urge in the lower gears, but I had to keep the revs up if I wanted to overtake. It will pull happily and smoothly from tickover in sixthgear, but there is very little acceleration.

Driving to Cornwall it was a good companion, decently quick and quite able to keep up with the flow on the motorway. But again, there's not much acceleration in sixth so I often had to change down to fifth and even fourth to make manoeuvres.

The road holding is strong with plenty of grip and not much roll, but fairly stiff suspension means the ride does suffer.

It's very stable and well balanced, with decent feel from the steering, but it feels every bump and lump in town and on a rougher surface at speed.

With only front wheel drive, it is not an off roader although good ground clearance means it would make a good towcar for a smaller caravan or horsebox.

I drove the Connect Plus model in the mid-range, which comes with a very good level of kit. This includes climate, DAB stereo, alloys, Bluetooth to connect the phone, parking sensors and a reversing camera, voice recognition, sat nav and a quality sound system.