By Mike Torpey on 2018-09-08 - Driving Force news editor and responsible for organising our daily output. He was staff motoring editor of the Liverpool Echo for 20 years. 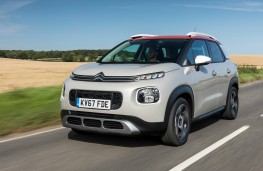 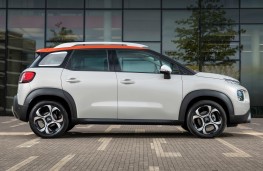 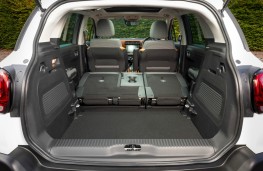 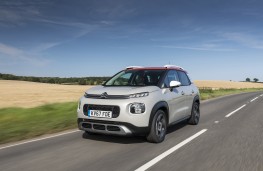 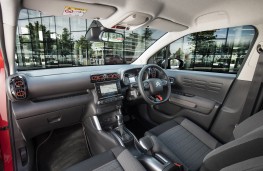 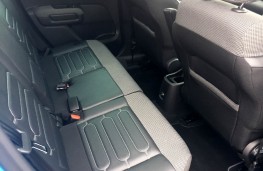 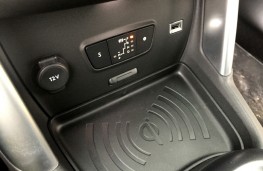 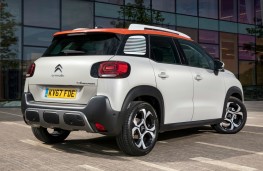 CITROEN may have been fashionably late crashing the crossover party but the French brand has certainly made up for lost time with the C3 Aircross.

Launched last autumn to replace the C3 Picasso, there's still a feel of the people carrier emanating from the Aircross, especially when compared to recent arrivals like the SEAT Arona and Hyundai Kona.

But that's no bad thing. What it lacks in razor sharp lines is compensated for by a cabin that puts most of its rivals to shame and ample space for everyday family motoring.

With its high bonnet fronted by chrome chevrons this is a car dripping with smart features - from the rear quarterlights made of polycarbonate with a coloured layer in the centre to the coloured headlight borders, wing mirrors and roof rails.

Jump inside and the car's cabin instantly puts passengers at ease with seats that are more in keeping with your home furniture, some models like the tested Feel trim grade also having matching cloth for the dash and doors.

Rear space, too, is excellent for a compact SUV with room for three across the back plus a boot capable of packing in 410 litres of paraphernalia, which can be increased to 520 litres with the 2/3-1/3 rear bench.

All that said, pale fabrics - like our Metropolitan Grey - may look fresh and welcoming, but kids' sticky fingers and melting chocolate bars can soon put paid to that.

There should be plenty to keep the family occupied though, as the centrally placed touchscreen can run Apple CarPlay and Android Auto, as well as operate the radio, sat-nav and settings.

Personalisation is also a big deal with the Aircross, its eight body shades, three roof colours and four colour packs, making for some 85 available combinations.

Beneath the bonnet is a choice of five engines in the shape of the company's PureTech petrol unit with 82, 110 and 130bhp or a BlueHDi diesel with 100 and 120bhp.

This version came with a PureTech 110 with five-speed manual transmission and though the Citroen is front-wheel drive only, you can specify Grip Control with Hill Descent Assist and mud and snow tyres for an extra £400.

This engine represents a sensible option given its quite lively performance figures and rewarding fuel economy.

Our own average return over 200 miles of predominantly urban motoring was 48mpg compared to the official Combined figure of 56.5mpg.

Acceleration is no more than adequate but the Aircross feels lively once up to speed, is near silent and nicely damped too. 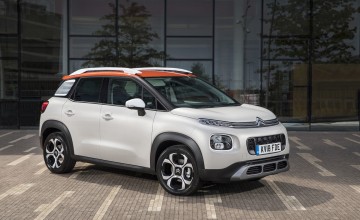