on the wild side

By Chris Russon on 2018-09-09 - The driving force behind Eurekar. Chris heads up a team of motoring correspondents under the Driving Force banner. Prior to Driving Force becoming independent in 2010 he was Chief Motoring Editor for Trinity Mirror Regional newspapers. Chris has been writing about cars for almost 40 years. 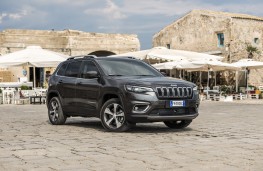 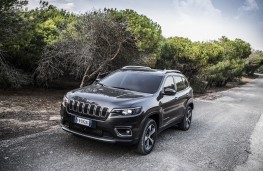 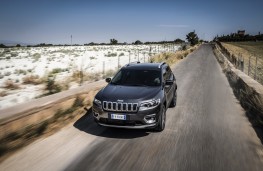 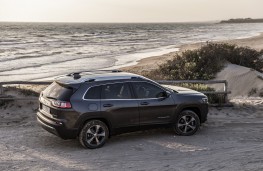 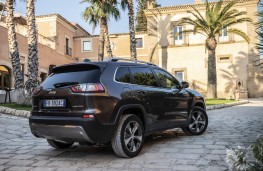 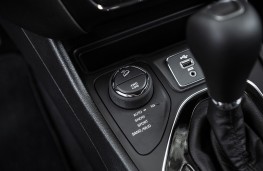 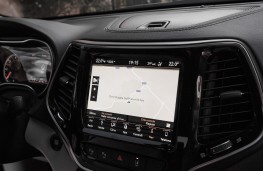 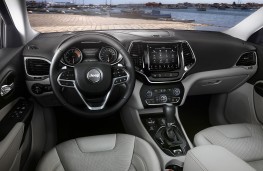 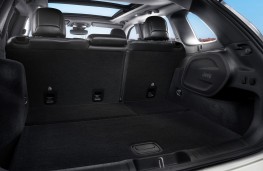 THE Cherokee has been a stalwart of the Jeep line up for the best part of half a century and come next year it's update time.

With a new look, more technology and more boot space the revised Cherokee is going even more premium.

Up against the likes of Audi's Q models and the Land Rover Discovery Sport the latest Cherokee will be available in the UK only as a nine-speed automatic and in high specification Overland and Limited trim.

Prices are still to be confirmed but are likely to run from around Â£40,000 for front-wheel-drive models to some Â£50,000 for full blown 4x4s in top grade Overland trim and with Jeep's go-anywhere SelecTrac off-road system.

Initially the new Cherokee will be diesel only in Britain and powered by a 2.2-litre engine now developing 195bhp to meet the latest emission standards.

All-wheel-drive versions fitted with a reworked Active Drive system can manage 0 to 60mph in 8.8 seconds, topping out at 126mph and official fuel return is rated at 43mpg with CO2 emissions of 175g/km.

Performance figures for front-wheel-drive variants are 0 to 60 in 9.1 seconds, a top end of 128mph and slightly better fuel figures of 46 to the gallon (161g/km).

In everyday use that difference in fuel return is not so marked and on our runs in the new Cherokee we saw an average of 39mpg for the two-wheel-drive model and 38 on the 4x4.

The new models have a revised nose with embellishments to the seven-slot Jeep grille, changes to the bumper design front and rear and a new lightweight tailgate that is power operated and remote control.

Changes to the interior design with sliding rear seats see luggage capacity increased to 570 litres - some two suitcases more than before and bringing the Jeep more into line with its competitors.

Other updates inside see the Cherokee's Uconnect system now fully smartphone compatible with an 8.4-inch touchscreen allowing access to a variety of Apps and a TomTom navigation set up.

There are also upgrades on the safety front with the new car fitted with automatic emergency braking, pedestrian detection, blind spot monitors and rear cross traffic alerts as well as a high definition reversing camera.

The centre console has also been slightly redesigned to include extra storage space fore and aft of the gear lever.

On the road, the Cherokee is still very obviously a diesel and not quite as refined on the noise insulation front as some others but for a large SUV handling is par for the course and it rides in acceptable fashion.

There is an electronic parking brake and on models fitted with the SelecTrac system a multi-mode drive selector with settings for sport, snow or mud and sand to be engaged.

In total there are some 75 driver and safety assistance systems now in play on the Cherokee as Jeep continues to benefit from a technological shake down as part of the Fiat Chrysler group which will also see a 2.0-litre petrol version with a healthy 270bhp on tap added to the range later next year.

The current Cherokee first appeared in 2014 and now sits alongside a new Wrangler, Renegade and Compass in a range that is currently topped out by the Grand Cherokee.

As such, the Cherokee has moved considerably upmarket and is long way ahead of the original, more utilitarian version of 1974 although it has retained all the qualities that make it a totally capable SUV.

The mid-life revisions on the current model cement that position and keep the Cherokee right up to date that is true in every way to Jeep's born to be wild image. 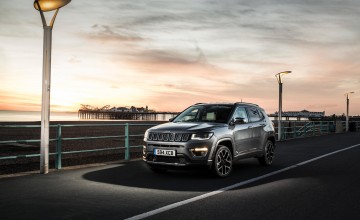 IF you think there's something slightly European about the recently introduced... 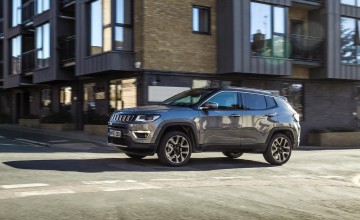 ISN'T it strange how car shapes change? The latest Jeep Cherokee is not as good...