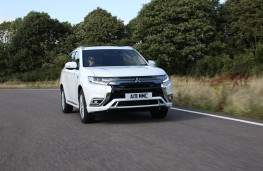 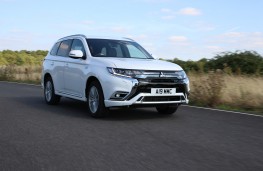 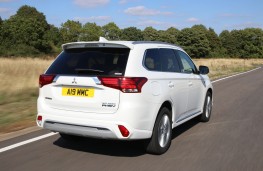 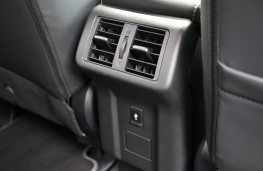 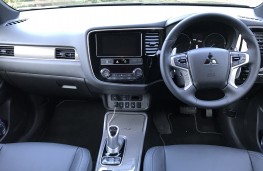 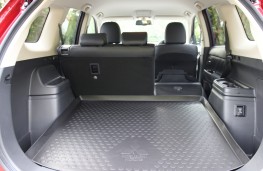 THERE are some big companies and organisations who get quite hot under the collar when their name is duplicated - not so Outlander.

On the one hand you have the hot and steamy television series of the books by Diana Gabaldon and on the other the UK's best selling plug-in hybrid from Mitsubishi, a big cool guy with a real world figure of 139mpg and just 46g/km of CO2 emissions.

Unusually in today's litigious world, the two exist quite harmoniously although it does cross your mind that Claire and Jamie could well profit from some of the amazing capability of the Outlander SUV PHEV as they make their often fraught way across our television screens.

This newest and latest version of the Outlander has the finishing school finesse and polish that makes it a fine fit for 2019 and the beginning of the 21st century's next decade.

The exterior tweaks - the 18-inch alloys and large integrated rear roof spoiler - give it a sporty feel for an SUV and a strong presence on the road.

"The future is EV and PHEV and that's what Mitsubishi is about," said UK managing director Rob Lindley. "We offer a significantly growing choice for a broad range of drivers with an EV range of 28-35 miles but this is only part of the story. It's the real world driving experience that people will appreciate."

And indeed he is right, people do seem to appreciate. Launched in 2014, despite Mitsubishi being a small car maker, the Outlander passed the 100,000 milestone in January this year - to date in 2018, 4,200 cars have been sold.

Now Mitsubishi is out to surpass all that with a vehicle which matches 2019 expectations.

Inside the car is more luxurious and very quiet - well it has to be when the electric motor is engaged because then there is no hiding place.

Any noise is immediately apparent especially when this car can do up to 84mph in electric vehicle mode.

The seats are comfortable and electrically adjusted and there is plenty of space in the interior because the 13.8kW battery is neatly packed into the floor. While the driving position remains elevated the extra weight from the battery keeps the Outlander firmly planted on the ground.

The new 2019 model swaps the 2.0-litre petrol engine of the previous model with a 2.4-litre version which mated to the two electric motors - one on each axle - gives the car an overall power performance of 135hp, 14hp more than before.

But that's not all Mitsubishi is anxious to emphasise and having driven this latest model I have to agree.

The steering is more responsive because of the remapped rack, the ride is more comfortable because the suspension has been recalibrated and the handling is far sharper.

It also comes with Sport mode which allows you to open up the car on long straight roads for an exhilarating drive.

It remains all wheel drive and added to this capability is the new Snow mode for better traction on slippery surfaces. I can just see Claire and Jamie now swerving off the accepted route and deviating ‘cross glen and hill in this car, leaving their pursuers far behind, and doing it quietly in EV mode.

Of course there is also series hybrid mode when the car will switch in and out of all-electric and petrol engine when needed and parallel mode when both power sources are used together for a real boost.

Surplus engine torque, coasting and braking will all regenerate the battery while on the move, until you can plug it in at home or at an on-street fast charger where it will charge to 80 per cent in 25 minutes.

Even in the entry level Juro you get remote smartphone app compatibility which allows you to warm up the car remotely so it is ready for you when you get in, as well as a reverse camera and cruise control.

Move up to 4 and there is blind spot monitoring, rear cross traffic alert, a 360 degree camera and add on the s and there are a whole raft of safety systems included. The 5 adds a more premium trim within the car.

The Outlander completes the 0-62 dash in 10-5 seconds which may not be as fast as its Outlander counterparts on the small screen but in this case you really want safety and stability over raunchy at any time.