By Maxine Ashford on 2018-09-09 - Maxine has been a journalist since the late 1980s and for the past 13 years has specialised in motoring. Former motoring editor at Media Wales responsible for the Western Mail, South Wales Echo, Wales on Sunday. Freelance since 2009, Maxine loves cars but not quite as much as rugby! 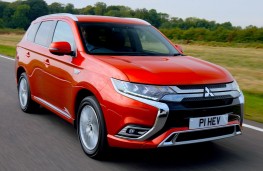 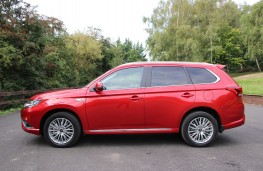 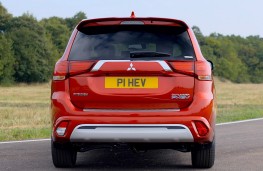 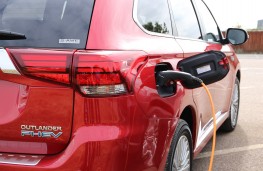 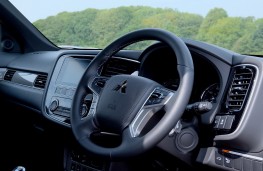 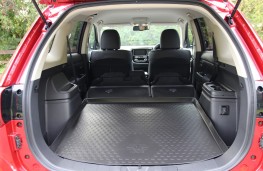 THE Mitsubishi Outlander PHEV has been the best-selling plug-in vehicle every year since it was launched back in 2014 and now the company has upped the ante a notch further with the latest model that boasts improved performance, an enhanced driving experience and additional technology.

From a styling point of view there are some fresh, yet subtle design cues to look out for, such as a new front end with a neat honeycomb grille, improved headlight clusters, a rear lower bumper extension, a large roof spoiler plus two-tone 18-inch alloy wheels to complete the modern look.

The interior has also moved upmarket with the introduction of a new instrument cluster, improved switchgear, ventilated rear seats and more practically positioned USB ports to stay connected on the move.

With prices starting from a very competitive £34,255 and rising to £39,000, customers can initially choose from three trims called Juro, 4h and 4hs.

When it comes to the technology driving the latest model, it's all new.

Out goes the 2.0-litre petrol engine and in its place is a newly developed 2.4-litre engine. It produces 135ps which is an increase of 14ps over the outgoing powertrain and the torque has also climbed from 190Nm to 211Nm.

Factor in the increase to the rear electric motor output along with a boost to the drive battery and it's quite evident the latest Outlander PHEV means business.

We drove the best-selling 4h model priced at £37,000 and it proved to be accomplished on an extended road route.

Despite all the technical wizardry of a combustion engine working in tandem with battery-driven electric motors, the Outlander PHEV is a very simple vehicle to drive.

The car pulls away in complete silence in EV mode (battery charge permitting) and is beautifully refined as it cruises along the country lanes.

There is a constant stream of power on tap and the acceleration through the automatic gearbox is impressively smooth.

One of the latest features is a new Sport mode and this certainly livens up the throttle responses, steering and all-round driving experience.

The driver benefits from excellent all-round visibility thanks to the elevated seating position. Our model featured a power adjustable driver's seat and its quick and simple to get comfy in the latest seats that now offer better support.

Mitsubishi engineers have worked hard to improve the ride for all occupants with revised front and rear shock absorbers that enhance comfort levels at low speeds, yet also help the car to remain composed at higher speeds into corners, where there is very little sign of body movement.

The car also features improved insulation which results in a quieter cabin with minimal road surface, engine or wind noise filtering through. In addition, the power steering system has been remapped to deliver better driver feedback.

Much of the interior layout of the latest Outlander PHEV remains the same but the instrument cluster has been modernised and there are some extra buttons for the Sport and Snow modes.

There are three drive modes that alter the way the car performs.

The EV Priority mode means the car is powered by the front and rear motors with energy sourced from the battery.

The Series Hybrid mode also sees the car powered by the motors with the combustion engine engaging to run the generator to charge the battery while driving - it switches back to EV Priority mode whenever possible.

And, when driven in Parallel Hybrid mode the engine powers the front wheels with the front electric motor assisting and the rear motors driving the rear wheels.

Obviously for a plug-in hybrid car to be a viable financial choice it needs to be driven regularly in EV mode, so it makes sense that the owner has a reasonably short commute to work and back. And despite the car delivering excellent financial rewards for business drivers with the lowest Benefit in Kind rating of 13 per cent, recent sales figures showed that this year alone 54 per cent of sales have been to the retail sector.

The claimed fuel economy figure of 139mpg is a tad pie in the sky and could only realistically be achieved if the car is driven for the majority of its day-to-day life in EV mode with longer trips at weekends. Obviously, there are more conventional Outlander models for high mileage drivers.

On the practicality front the boot capacity ranges from 463 to 1,602 litres with 60:40 split-folding rear seats dropped down and there's a raft of storage compartments scattered throughout the vehicle.

All in all, the latest Outlander PHEV is an excellent choice for anyone who can make the most of EV driving, but also wants to cut loose for longer family away days to the countryside. 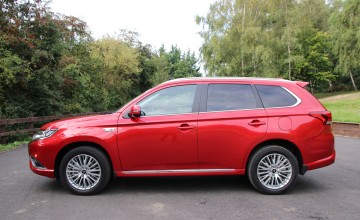