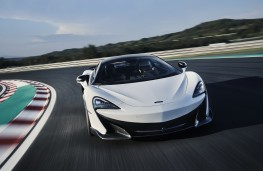 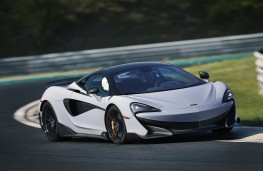 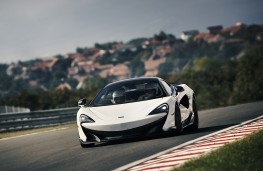 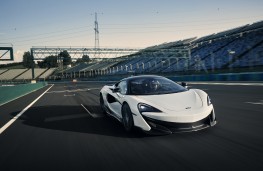 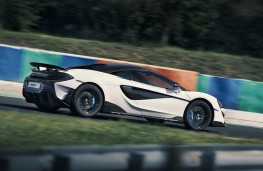 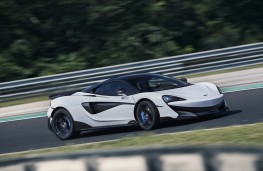 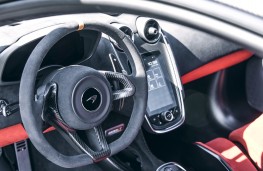 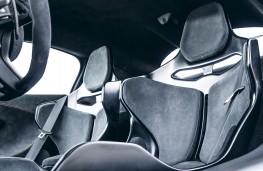 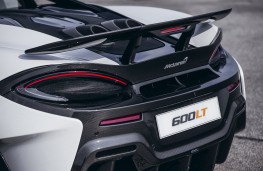 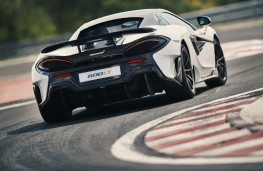 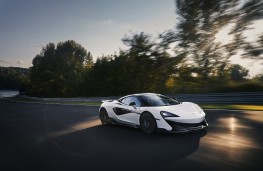 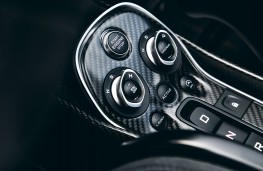 THE 600LT - the LT stands for ‘Longtail' - is the lightest, most powerful and quickest McLaren Sport Series car in the company's history.

But, before getting into it, a quick history lesson for those not fully up-to-date on McLaren's racing successes.

The dramatic ‘Longtail' iteration of the ground-breaking McLaren F1 GTR made its debut during the 1997 season, its distinctive stretched silhouette earning it the now-iconic name.

As well as the elongated bodywork that reduced drag and increased downforce, there were developments beneath the stretched skin, including fully adjustable suspension and a sequential transmission.

The ‘Longtail' was more than 100kg lighter than the already flyweight Le Mans-winning F1 GTR and became one of the most illustrious GT race cars of all time, taking victory in five of the 11 rounds of the 1997 FIA GT Championship, and finishing first and second in the GT1 class at Le Mans. Its nearest competitor was almost 30 laps behind.

A 675LT Spider was also produced due to customer demand. All 500 were sold within two weeks.

Back in the present day, the 600LT opens the fourth chapter in the McLaren ‘Longtail' story. It is the most track-focused - yet road legal - McLaren Sports Series model yet.

It certainly looks the part. The new addition to the LT family has all the physical hallmarks of a true ‘Longtail' including an extended front splitter, lengthened rear diffuser, fixed rear wing and stretched silhouette - by 74mm compared to the McLaren 570S Coupe.

Together with a flat carbon fibre floor, the unique bodywork boosts aerodynamic performance to produce 100kg of downforce at 155mph - thus generating the significantly increased grip and greater high-speed stability that makes the 600LT an excellent track car.

And, at the Hungaroring F1 track just outside of Budapest, it showed just how good it was.

Yes, it's quick - very quick. With the engine management system of McLaren's trusty 3.8-litre twin-turbocharged V8 recalibrated, the 600LT can call on 592bhp at 7,500rpm and maximum torque of 620Nm. This delivers astonishing performance - 0-62mph takes just 2.9 seconds while 0-124mph is achieved in a remarkable 8.2 seconds. Top speed is over 200mph.

Lightweight Alcantara trim is used in the cockpit and there are no carpet in the footwells and beneath the seats to save another 5.6kg. There's no glovebox and door pockets have been replaced with nets. Aircon, satnav and an audio system are no-cost options to save yet more weight.

Even the glazing of the 600LT has not escaped attention. The windscreen is thinner, as is the small rear window which also loses its electrical heating element.

The car also has lighter and stiffer suspension components from the McLaren Super Series, the adoption of the forged aluminium double wishbones and uprights not only improving dynamic capabilities but also reducing weight by 10.2kg. All of this adds up to more speed.

Power from the mid-mounted engine is delivered to the rear wheels using a dual-clutch seamless-shift seven-speed gearbox.

Fully automatic mode is the default set-up during normal road driving though there are paddles mounted behind the steering wheel.

As with all new McLaren's the character of the V8 and the dual-clutch gearbox can be tailored using the Active Dynamic Panel, with a choice of Normal, Sport and Track powertrain modes.

The independent, continuously variable adaptive dampers and front and rear anti-roll bars featured on all McLaren Sports Series models have been kept but have undergone major re-engineering to work in concert with the new suspension to deliver the most track-focused performance possible.

The adoption of the braking system from the Super Series 720S, which features lightweight aluminium calipers and stiffer carbon ceramic discs, also reduced weight by 4kg as well as producing phenomenal stopping power.

Even the bespoke Pirelli P Zero Trofeo R tyres have been developed - over 50 iterations were tested - for better performance and stability with a softer sidewall but stiffer belt-construction.

Much thought has gone into the 600LT and it comes together perfectly. I'm no racing driver but lapping a track in the 600LT certainly makes you feel like one. Yes, acceleration is brutal and the power is just immense - as you change gear, the car literally punches you in the back as if to say, push harder.

This is matched by the loud, angry yet thrilling soundtrack from the two top-exit exhausts over your shoulder - which spit blue flame at night - and the evocative aural ‘crack' on upshifts and downshifts.

However, what makes the 600LT such fun to drive is all that bloody clever engineering which has gone into the power delivery, tyres, suspension etc.

The Sports Series flagship is outstandingly stable when cornering, and even if you throw it over the kerbs it remains composed and easy to handle.

It's ability to hold the road while cornering at speed is just phenomenal and breeds confidence. I can honestly say I've never driven a car that fast anywhere. Yet, at no time did I feel I was anywhere near losing control even if I was driving to my - if not the McLaren's - limit.

It's a grin-inducing marvel of engineering and technology. If McLaren keeps producing cars like this, we'll have to invent new superlatives.

The 600LT is priced at £185,500 though I imagine many owners will opt for the track-focused £24,170 MSO Clubsport Pack which includes carbon fibre roof, flying buttresses, front fender louvres, lightweight titanium wheel bolts and the aforementioned Super-Lightweight Carbon Fibre Racing seats.

While it is road legal, I imagine most will simply be used to drive to a track and back because that's where this truly astonishing car becomes fully alive.

Production of the 600LT begins next month and will last for around 12 months though McLaren does not know yet how many will be built. A 600LT Spider follows soon.