Theft from vans up

By David Whinyates on 2018-09-26 - David is one of the UK’s most experienced motoring writers and was instrumental in setting up the Driving Force syndication service for Britain’s biggest regional newspaper group. Former Chief Motoring Editor of Trinity Mirror Regionals, he is Driving Force’s Consultant Motoring Editor and a director of Driving Force Media Ltd. 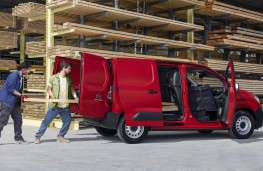 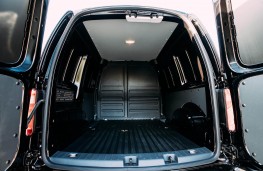 TOOL theft from vans is costing British businesses over £15 million a year, according to new research which also reveals that the number of cases of reported theft from commercial vehicles has soared by 15 per cent in the last three years.

Figures obtained by Volkswagen Commercial Vehicles via a freedom of information request reveal the total cost of equipment stolen from vans - which includes power tools and heavy machinery - is more than Â£46 million over the last three years.

And analysis of the police figures shows that September is when van drivers should be most vigilant with over 2,000 cases recorded across the UK in September alone last year.

The worst area for tool theft is central London with the Metropolitan Police recording over 8,000 cases a year worth an average of £11 million. Northumbria (4,000 reports a year) and West Yorkshire (1,000) were second and third. Humberside police recorded the biggest rise over the three years with incidents up by over 1,000 per cent.

The cost of tool theft to businesses is more than just replacement equipment with drivers often unable to work while vans are restocked and locks repaired. Downtime costs companies an estimated £550 a day per van.

According to Trevor Hodgson-Phillips, head of service and parts at Volkswagen Commercial Vehicles: "Today's findings are startling as it shows the problem is only getting worse right across the UK. Tool theft costs owner drivers and businesses millions of pounds each year in insurance claims and downtime.

"Any amount of time where a van can't be used is additional cost on top of the replacement tools."