By Mike Torpey on 2018-09-30 - Driving Force news editor and responsible for organising our daily output. He was staff motoring editor of the Liverpool Echo for 20 years. 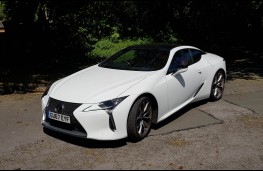 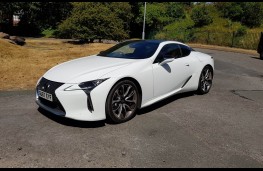 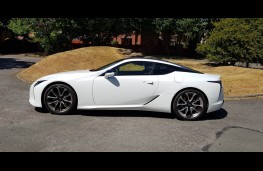 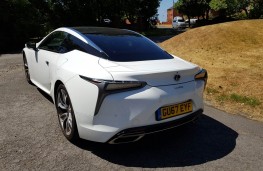 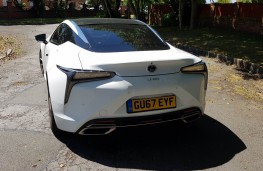 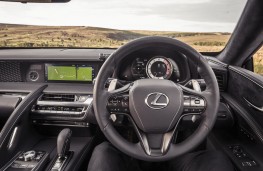 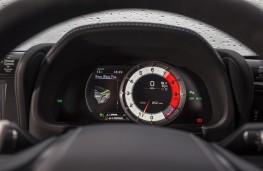 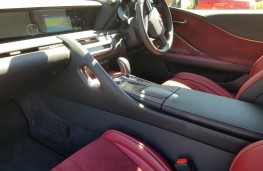 But Lexus, surely not. If economy, reliability and being environmentally responsible were the criteria then okay, but not for stunning, head-turning looks.

Well actually yes, because in the LC 500 the luxury division of Toyota has a bold, lightning fast coupe that's as striking as it is functional.

A hint of what lay in store came just over six years ago when the LF-LC (Lexus Future-Luxury Coupe) concept turned up at the 2012 Geneva Motor Show.

It was a stunner, so much so that the LC varies little from the original in its design.

And that styling, with its sweeping roofline, spindle grille and rear edges shaped to echo the lines of a traditional Japanese sword, certainly turns heads.

While the LC 500 offers two engines - either a 3.8-litre V6 petrol-electric hybrid or the tested 5.0-litre V8 - the choice isn't a difficult one to make.

Hanker for a low-slung rear-wheel drive GT with a couple of small seats in the back and the normally-aspirated V8 is the one for you.

Performance figures of 0-62 in 4.4 seconds and 168mph maximum speed, topped off with a mountainous 540Nm of torque ensure the 471bhp Lexus has the wallop to match its looks.

And perform it certainly does, shifting sweetly through the 10-speed Sports Direct Shift automatic gearbox and riding on 21-inch forged aluminium alloy wheels.

The suspension may be firm but the nicely balanced and precise steering, glue-like grip and well bolstered seats make the LC 500 a treat to drive, whichever of the driving modes - Eco, Comfort, Normal and Sport+ that you choose.

Opt for the Sport+ package option and you also get a carbon fibre reinforced plastic composite roof plus an active rear spoiler.

It automatically deploys above 50mph and suppresses lift at the rear to give a higher degree of stability when driving at speed.

But that's not all because there's also something called the Lexus Dynamic Handling system, designed to improve handling in all driving scenarios.

The engineering team has also worked hard to create what they describe as a 'concert hall' engine note effect inside the cabin, both as the car gains speed and slows down, a sounddeveloped specifically for the LC.

Inside, meanwhile, the Lexus drips with class - the soft leather seats feature a heating and cooling facility, the 10-inch infotainment set-up is easy to use and the sound system of top notch quality. The sat-nav, though, can be infuriating.

There are a couple of rear seats but even kids would find them uncomfortable, due to the lack of legroom, and claustrophobic. 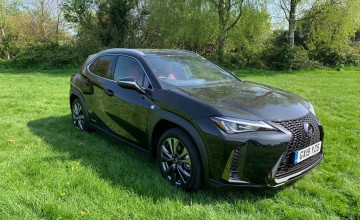 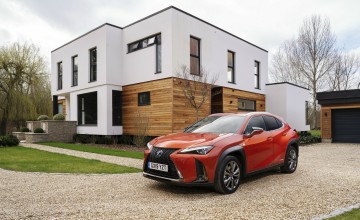