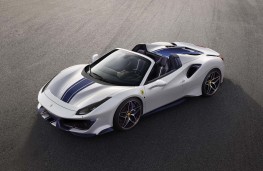 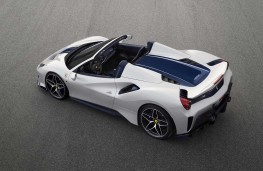 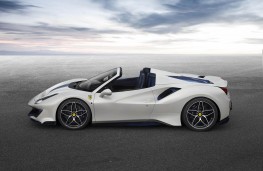 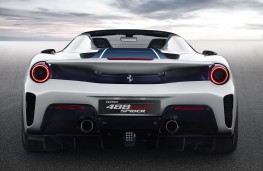 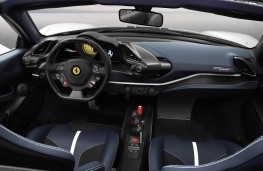 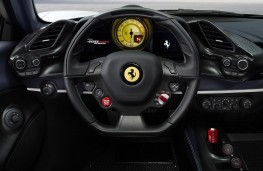 AS collectors' cars go, Ferrari's latest has to be the ultimate dream machine.

The new, special series Ferrari 488 Pista Spider has made its European debut at the Paris Motor Show. It's the 50 drop-top model to be introduced with a Prancing Horse badge and the most powerful series production spider in Ferrari history, with an unprecedented power to weight ratio of 1.92 kg/hp.

This drop-dead-gorgeous two seater combines race-developed technology with the joy of open air driving to deliver an exhilarating experience behind the wheel. Ferrari says that this new Spider benefits from the greatest technological transfer from the track of any road-legal open-top car.

The model's engine, dynamics and aerodynamics are derived from two track cars: the 488 Challenge and the 488 GTE. The latter won the GT class of the FIA World Endurance Championship in 2017.

Sitting under that low-slung, sleek bonnet is the most powerful V8 engine in Maranello history - a 3.9 litre, twin-turbo which unleashes 710bhp. Its performance figures are also the best of any spider ever built by Ferrari, including 0-62mph acceleration time of 2.85 seconds. Top speed? If you can't handle it, then don't bother to ask.

Ferrari says that the 488 Pista Spider's target client is a typical diehard Ferrarista who already owns other Ferrari spiders - and has a pretty fat wallet!