Beauty in the eye of

By Chris Russon on 2018-10-05 - The driving force behind Eurekar. Chris heads up a team of motoring correspondents under the Driving Force banner. Prior to Driving Force becoming independent in 2010 he was Chief Motoring Editor for Trinity Mirror Regional newspapers. Chris has been writing about cars for almost 40 years. 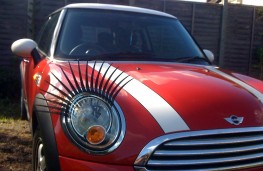 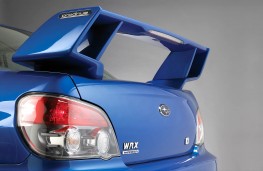 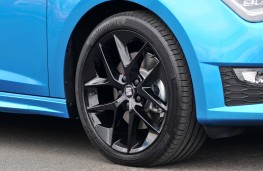 BLING on cars is becoming big business with almost a third of motorists admitting they have modified their vehicles to make them look better.

But while big rear spoilers and posh alloy wheels are in, it appears eyelashes around headlights, an abundance of stickers and overkill on the cuddly toy front are out.

A new survey by Gloucestershire-based transport group WMB Pride has revealed that 32 per cent of more than 2,000 car and bike owners quizzed have made changes to their pride and joy.

Rear spoilers topped the list of add ons with 53 per cent saying they had added one followed by alloy wheels at 48 per cent and tinted windows at 41 per cent while 25 per cent said they had personalised number plates and 14 per cent had changed the exhaust.

On the negative side, so-called car lashes topped the list at 74 per cent, cuddly toys came next at 66 per cent while vehicle or helmet stickers were out of favour with 52 per cent.

So were engine sound simulators at 34 per cent and neon lights at 19 per cent.

An additional 20 per cent made modifications to increase performance.

Reasons given for disliking certain features were that they were ‘over the top and ugly' at 51 per cent with 30 per cent saying they thought they devalued or ruined the vehicle.

"You're the one that has to drive or ride around like it, so as long as you're not offending anyone then you crack on."