By Maxine Ashford on 2018-10-07 - Maxine has been a journalist since the late 1980s and for the past 13 years has specialised in motoring. Former motoring editor at Media Wales responsible for the Western Mail, South Wales Echo, Wales on Sunday. Freelance since 2009, Maxine loves cars but not quite as much as rugby! 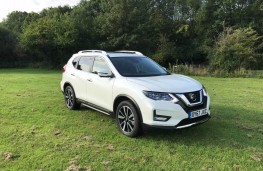 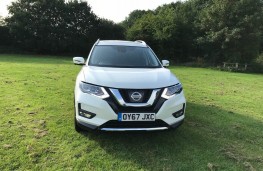 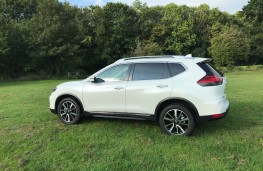 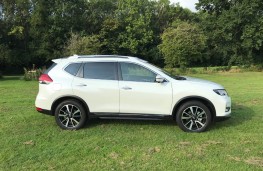 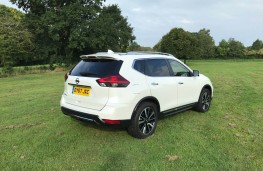 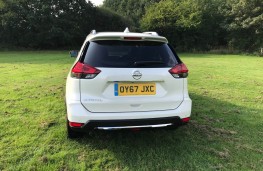 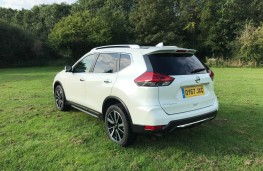 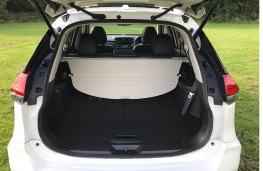 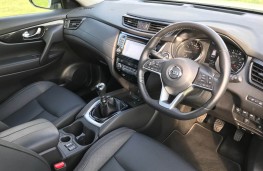 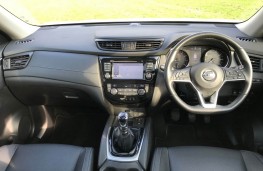 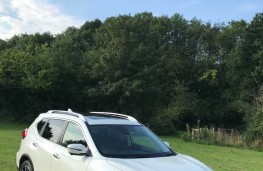 SUVs come in all shapes and sizes these days with prices to suit all budgets but few look as athletic or stylish as the Nissan X-Trail which is available in two or four-wheel guise.

With space for seven, albeit rather limited in the rear two seats, the X-Trail is an attention grabber especially in range-topping Tekna trim with eye-catching features including a muscular, upright stance, sweeping light clusters with LED signature lights, satin silver roof rails, a shark fin antenna, front fog lights, lots of chrome trim, a distinctive black honeycomb grille, a powered panoramic sunroof and 19-inch alloys to complete the look.

Move inside and the spacious interior is beautifully laid out. It is clutter-free and modern in its appearance with a wealth of techno treats to be discovered.

Our model was powered by a 163ps 1.6-litre petrol engine mated to a six-speed manual gearbox.

This Tekna grade X-Trail was priced at £32,095 although the additional two rear seats added £660 to the cost.

The vehicle could complete the 0-62mph dash in 9.7 seconds, topped out at 124mph and, according to official figures, can deliver combined fuel economy of 44.1mpg with carbon emissions of 149g/km.

With its upright and elevated seating position, the driver benefits from excellent all-round visibility and the large windows mean passengers in the second row have a good view of their surroundings too.

The pair of third row seats are easy to access once the middle seat has been moved forward and tilted, but leg room is minimal. In reality, they are okay for youngsters over fairly short journeys.

The X-Trail has a solid feel to it and it copes well when put through its paces on the open road. There is plenty of power from the petrol engine which helps make light work of overtaking and the acceleration through the gearbox impresses too.

There is a little wind noise at higher speeds due to the shape of the car, but generally the cabin is well insulated against engine and road surface sounds.

In town centres, the excellent all-round view is a real plus factor with traffic darting out from all angles and then out on the faster country lanes, the X-Trail can be cut loose with confidence.

The road-holding is ultra-grippy with only a little body sway if pushed too hard into bends and the highly effective suspension system irons out all but the most severe dips and bumps in the road.

It's also a really comfortable car to travel in. We clocked up 180 miles in a single trip and still got out the car feeling quite refreshed.

There is ample leg room in the middle row so even six footers won't complain about the space and the storage options are good too.

The boot has a capacity of 565 litres that is increased to 1,996 litres with the second and third row seats folded flat and there are plenty of convenient storage spaces throughout the car, including a deep central bin, practically-sized door pockets with a groove to hold a bottle, a glovebox, cup holders and a sunglasses compartment.

Our car was two-wheel-drive (2WD) but for drivers looking for extra grip or who want to take their X-Trail off-road there is a very capable four-wheel-drive (4WD) model.

Safety systems are comprehensive on the vehicle and it scored a maximum five stars when it was tested for its Euro NCAP safety rating. 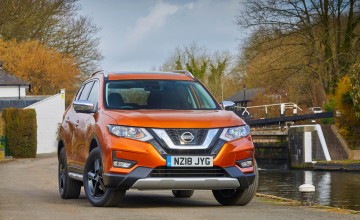 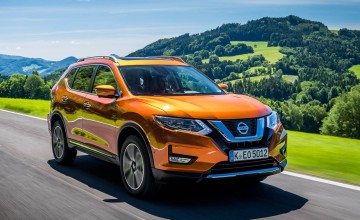