By Peter Hayward on 2018-10-15 - Peter has been writing about cars for more than 35 years producing road tests, second hand car tests, features on new and classic models, road safety and manufacturing. Has been a contributor to Auto Express, Classic Cars, Classic Car Weekly, Candis magazine and Japanese Motoring. 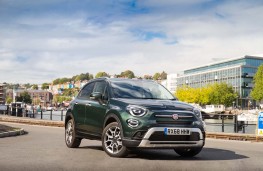 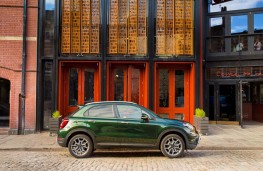 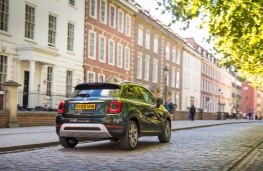 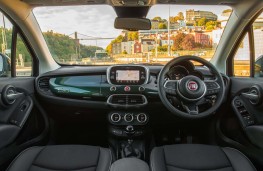 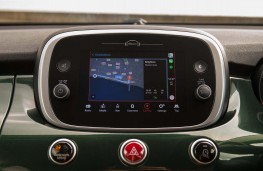 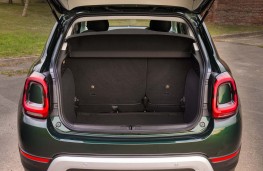 FIAT has unveiled a seriously revamped 500X crossover with significant changes under the bonnet and inside.

Four wheel drive models formed only a small part of sales for the outgoing model, so that ability has now been dropped.

And the Italian company says that diesel sales had also been in the minority recently so that option has also disappeared.

The new 500X is the first model to be fitted with Fiat's latest generation Firefly three and cour cylinder turbo petrol engines, and it has all the latest in communication and connectivity.

Those models are Urban, City Cross and Cross Plus but although the cheapest Urban gets some of the new exterior styling, it is only available with an updated version of the previous model's 1.6 petrol engine.

That wasn't available to drive so I'll concentrate on the City Cross and Cross Plus, which are both available exclusively with the new turbo engines.

The 1.0-litre Firefly unit is a sweet sounding three cylinder with no less than 120bhp, driving the front wheels through a six speed gearbox, while the smooth 150bhp 1.3 is a four cylinder driving through a standard six speed, twin clutch automatic.

That seems a strange line up to start with - not making the 1.3 available with the manual ‘box - but I suppose the Fiat powers that be know what they're doing.

The exterior has been refreshed with new day running lights, LED headlights and styling changes front and rear, while inside there have been updates to integrate the new tech and improve comfort and driver experience.

This is a great smaller family car, with room for four or five, good rear legroom and a decent boot.

The cockpit is comfortable and has everything well to hand, and the seats give support in all the right places.

Performance and economy are best in the 1 litre manual. It feels nippy and willing either in town or out on the open road, although there's not much urge in fifth or sixth gears.

This model comes with 17-inch alloy wheels as standard, giving a comfortable ride over pretty much all surfaces in town and out on the open road.

And the Cross Plus is fitted with 18-inch wheels and tyres which have a slightly detrimental effect on the level of comfort - as they often do with other cars.

Fiat is offering a number of different finance plans for the new 500X models, with interest rates at under four per cent even for PCPs.

ISN'T it time everyone driving without insurance was automatically jailed for a...