By Chris Russon on 2018-10-15 - The driving force behind Eurekar. Chris heads up a team of motoring correspondents under the Driving Force banner. Prior to Driving Force becoming independent in 2010 he was Chief Motoring Editor for Trinity Mirror Regional newspapers. Chris has been writing about cars for almost 40 years. 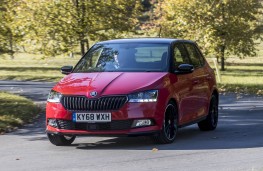 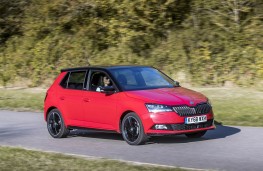 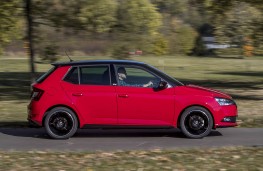 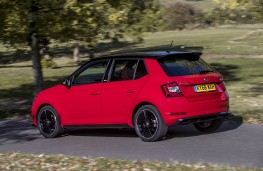 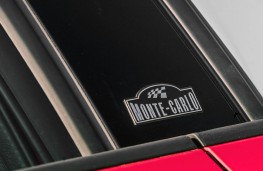 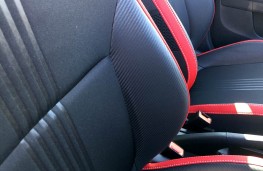 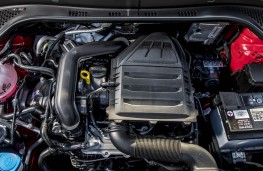 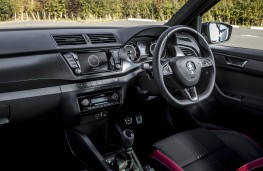 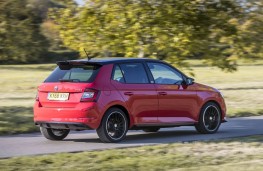 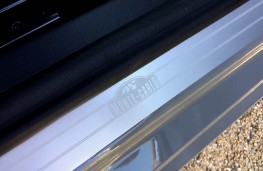 SKODA has a new Fabia supermini and not only is it the best yet in top range Monte Carlo trim it is positively posh.

Carbon effect finishes - even in the seats - plenty of red inserts and stitching and a sports steering wheel are just a few of the touches that set off this Fabia.

It is the sporty range topper of a 25 model range that includes both estates and hatchbacks and the new Fabia line up starts from £12,840.

However, with extras the flagship Fabia can break the Â£20,000 barrier and the version we tried - a seven-speed semi-automatic DSG hatch powered by a 110ps 1.0-litre turbo engine - was priced from Â£18,435.

Options such as a touchscreen sat nav system, keyless entry and a winter pack which included heated front seats and windscreen washer nozzles took the cost of the car up to £20,000 precisely.

That's top dollar for a small Skoda and pitches this version of the Fabia up against the likes of a Ford Fiesta Titanium or even a Volkswagen Polo GTI.

The new Fabia is a heavily facelifted version of the current model which arrived some three years ago and comes with a fresh look to the nose, different bumpers and a reshaped bonnet.

The Monte Carlo adds a black roof, a rear spoiler and diffuser as well as LED headlights and a good spattering of Monte Carlo badges on the door pillars and kick plates.

On the inside, as well as the carbon effect across the dash and in the seat upholstery there's a 6.5-inch display screen and an umbrella stowed beneath the front passenger seat - one of Skoda's Simply Clever touches.

But it is the way the new Fabia drives that impresses most and there is more than enough power from the turbocharged three cylinder engine.

The gearbox is nigh on seamless - and that's either in regular or sports setting.

Paddle shifters are not an option but rapid manual changes are available if required from a tiptronic movement of the gear lever.

Ride and suspension settings are bang on and the car is not only nicely grippy but soaks up the bumps.

The new Fabia line up is petrol only with all models powered by a 1.0-litre block in various states of tune.

Power outputs range from 75ps in a normally aspirated version to a 110ps turbocharged TSI and there's also a 95ps turbo engine available.

The DSG box is fitted only to the higher powered engine where it replaces a six speed manual transmission. The other engines in the range come with five speed boxes.

We managed to average a creditable 50.3 to the gallon over a good run according to the trip computer and that's impressive for a car of this ilk.

The size of the new Fabia is unchanged and that means it is a roomy five-door hatch with 330 litres of boot space, extending to a maximum of 1,150 with the rear seats folded.

The larger estate can carry even more with 530 litres of space in the boot and a maximum of 1,395 available with the back seats down.

The Fabia is a top seller for Skoda and for those looking for a small car with enough big car features to satisfy the Monte Carlo fits the bill in more than adequate fashion. 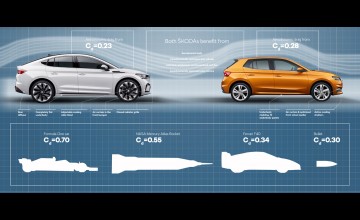 Slippery Skodas are no drag

CZECH car maker Skoda its claiming its latest models are the most aerodynamic...