By Steve Orme on 2018-10-25 - Steve has been on the motoring circuit since 1979 and has a particular interest in 4x4 with access to off-road terrain. Steve writes the weekly Full Chat column which takes an irreverent look at motoring. A member of the Northern group of Motoring Writers. 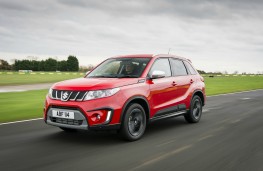 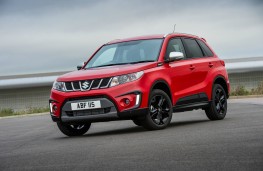 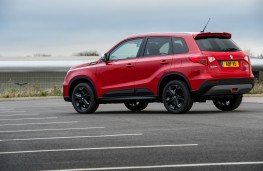 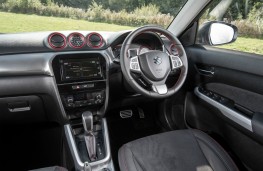 NOT so much recently but for many years I had an unhealthy obsession with outboard engines.

It started with a British Seagull and a little displacement hull.

I could swim faster.

Still, with the old Seagull you could drop it overboard and two hours later it started on the pull. Reliable, that's the word. Like an ugly husband.

As earnest young men we would lean on gunnels and talk motors, American Johnsons, overpriced Mercurys for water ski tarts and Yamahas.

One thing all agreed on was that, no matter how cheap, a Suzuki was out of the question based on our collective inability to walk on water and the lack of AA cover 12 miles offshore.

On reflection this was senseless prejudice. An outboard is basically a motorbike engine turned wrong side up and Suzuki made popular motorbikes.

Not to mention four-wheel drives.

The Rhino 4x4 was an off road legend but unless you had a real urge to arrive after the party had finished there was little to be said for others.

Today you would not think twice about hanging a Suzie outboard on the transom and the same confidence attaches to its cars.

Bringing us to what is without a doubt one of the stars of the show, the Suzuki Vitara S. On this occasion the 1.4 Boosterjet six-speed manual, costing from £21,470 and some of the best fun you can have with your shoes and socks on.

Suzuki has long been popular for its sturdy little all-wheel drives, they call it Allgrip, which are affordable and able.

What they have not been noted for is equipment and interior finish.

The Vitara name has been around since 1988 and I have owned one. Not a wonderful, experience, a flat interior and rock and roll ride posing as a budget 4x4. There was not much boot space either.

Do not make the mistake that this for the candy-floss car of the 2000s. Now the Vitara is a highway-friendly 4x4 with genuine off road ability. And the range-topping S ads a good level of kit with a great turbocharged engine which returned just under 48mpg and 127g/km . For me that is the equivalent of discovering a tenth planet using opera glasses.

This reflects a modern, efficient engine, the one dubbed Boosterjet across the Suzuki range.

With a meagre 138bhp the Vitara almost saunters to 62mph in 10.2 seconds but as a complete vehicle it is great fun on the moors and happy in town. Bit heavy on the motorway noise, though.

Equipment includes a navigator and reversing camera alongside all the expected driver aids and safety features of a modern car.

What is really outstanding about the S is the leather-trimmed quality of its interior, all neatly and sensibly laid out.

Right, so it's a four-wheel drive in a crossover era where that is often, like the 59 minute cleaners, just the name of the shop.

Suzuki wears it's off road credentials as a badge of honour and I have driven every Allgrip model over a tortuously tough Rally of Wales stage with slag heaps and water in poor weather. Not a problem.

Keeping a grip on things is a permanent self-determining system to which is added selectable traction of different conditions, snow for instance, and a lock button. There is also hill decent control.

If you are in the market for a roomy but well-proportioned small 4x4 at reasonable money this has to be worth a look.

It is practical, has plenty of boot space and economical while retaining features to annoy the fun police.

Now if you don't mind I have just come over all needy to sling a net off the back of the boat.