By Mike Torpey on 2018-10-27 - Driving Force news editor and responsible for organising our daily output. He was staff motoring editor of the Liverpool Echo for 20 years. 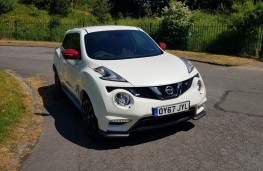 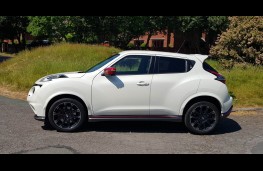 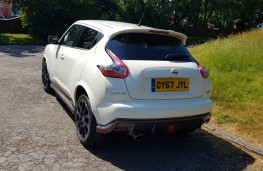 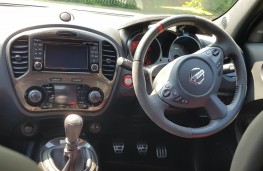 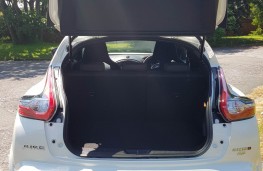 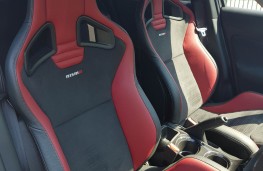 IT'S a heritage that dates back to the day a band of maverick Nissan engineers tried to boost sales by dropping a powerful engine into a bog-standard saloon.

Two days later the car that became the iconic Skyline was on the racetrack - and Nismo was born.

The word Nismo actually stands for Nissan Motorsports International, the brand's performance division in Japan and has been applied to three models available in the UK - the Juke, 370Z and GT-R.

First of the trio to get that motorsport DNA and engineering honed on the track treatment was the compact crossover Juke, a car that lends itself well to the Nismo model.

If the standard, British-built, Nissan Juke has a design that sets it apart from other cars on the compact crossover scene, the Nismo blows everything else out of the water.

Nissan's own description of the Juke is a car of two halves - the lower part pure SUV with chunky wheels, wide tyres, extended ground clearance and a robust stance.

But the top half is unadulterated sports car with a high waistline, slim visor-like side glass graphics and a coupe-style falling roofline.

And the coupe effect is underpinned by rear doors which have their handles hidden in the frame of the door, hardly a new innovation but certainly an effective one.

It also gets an uprated chassis and suspension with 10 per cent stiffer springs compared to a regular Juke plus an aerodynamic body kit with lower front and rear bumpers, wider wings and side skirts, a modified grille and tailgate spoiler.

Inside, things get really snazzy with suede-trimmed Recaro bucket seats with red stitching, a Nismo combi-meter with red face, Alcantara and leather trim for the steering wheel and suede door liners.

The cabin's eye-catcher is a motorcycle fuel tank-inspired centre console with high gloss piano black finish, while a neat touch is the red band to show when the steering wheel is aligned straight.

So the Nismo RS looks every inch the hot supermini, something that's well backed up by its real-world performance - capable of scorching from 0-62mph in 7.0 seconds and on to a potential top speed of 137mph.

Fuel economy is officially a very reasonable 39.2mpg for a car of this scope, though we didn't manage anything close to that.

What you get though is a really exciting and poised car to drive with terrific dynamics and a tuned exhaust for a more aggressive soundtrack.

Its bucket seats hold the driver and front passenger snugly in position and there's plenty of feel from the steering.

As for interior space there's ample room for two rear passengers, a squeeze for three, and while the boot is small it is at least split level.