By Bruce Booth on 2018-10-27 - Bruce left the Daily Record three years ago after 23 years as a sub editor motoring writer to wind down a long career as a freelance motoring journalist. Still supplies new and used car columns as well as covering motorsport for the Record and for Eurekar 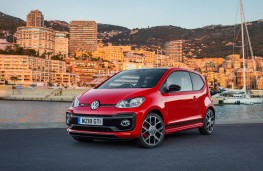 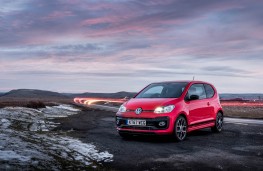 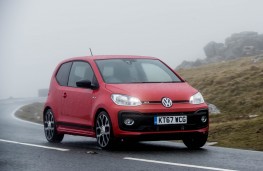 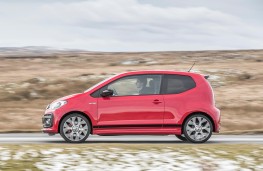 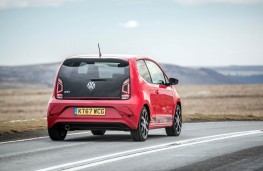 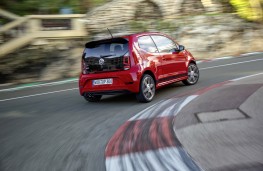 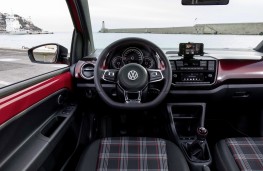 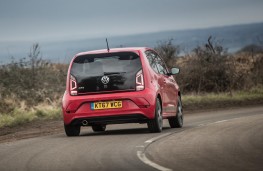 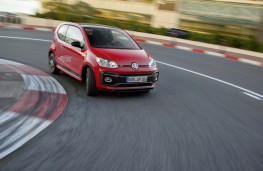 A BUNDLE of fun and at a price that won't have you tossing and turning all night long worrying over unaffordable monthly finance or personal contract purchase payments? Have you checked out Volkswagen's funky, hot up! GTI city car yet?

Earlier this year, the German marque finally introduced a pocket rocket edition to its entry-level up! range and they must be kicking themselves for taking so long, for this little gem is without doubt one of the star attractions to hit our roads this year.

As you would expect, the standard up! body style remains, but you don't have to look too far to see that there are some highlights that make the GTI stand out a little.

Badges front, rear and on each front wing immediately give the game away, as do a matching pair of black stripes sitting above the sills and red flashes across the grille and boot.

And for those with a keen eye or who are just really up! to speed with all things "up!ish," you'll notice the GTI sits slightly closer to the black stuff as its sporty suspension has been lowered 15mm. That, along with being shod with 17-inch 40-series rubber married to sporty alloy wheels really does give the GTI version a powerful-looking demeanour.

The GTI - which comes with either three or five doors - is the most potent of all the up! models and is knitted out with VW's proven one-litre, three-pot turbocharged TSI petrol power-plant which has been boosted to pump out 115ps at 5,000revs.

The end result is that the up! GTI can hit a top speed of 122mph while taking just 8.8 seconds from a standing start to reach 62mph.

The newcomer certainly proved it was up! for the job both out on the open road and in heavier town traffic, where it fitted in well with the usual build-up! of buses, heavy goods vehicles and the rest of normal town traffic.

Like all small city cars, the up! GTI is more comfortable on smooth surfaced roads, but it still rides well enough on more challenging surfaces, although you will feel the bumps a little bit more thanks to the car's firmer-than-normal sports suspension.

Quick on the hoof and nippy around town, the steering is light to the feel, while there is also masses of grip to keep the car on the straight and narrow.

With its clean and simple lines, crisp contours, low waist line and large areas of glass, the little Volkswagen is as good looking as its larger siblings throughout the brand's expanding family.

Inside, the GTI is pretty much similar to the rest of the up! range but with a few additional goodies and tweaks thrown in just to show who's the star attraction.

First up! comes the well-loved classic Jacara tartan fabric-covered seats, which over the years have been reserved for all GTI variants.

THE Volkswagen Group city cars - the up!, Skoda Citigo and Seat Mii - have... 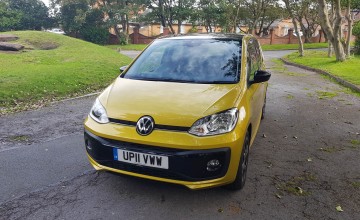