By Peter Hayward on 2018-10-31 - Peter has been writing about cars for more than 35 years producing road tests, second hand car tests, features on new and classic models, road safety and manufacturing. Has been a contributor to Auto Express, Classic Cars, Classic Car Weekly, Candis magazine and Japanese Motoring. 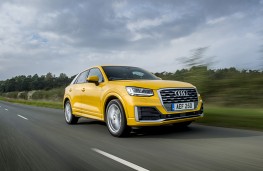 TIME was when a diesel 4x4 was slow, noisy and uncomfortable, with roly-poly handling and very little grip on the road - in other words, an everyday workhorse for a farmer, forester or builder.

I remember owning an old Land Rover years ago and despite its amazing ability off-road, which I loved, I soon sold it on because it was so hard to live with on road.

How times have changed. Now you have a family SUV like the Audi Q2, with quattro four wheel drive, excellent acceleration from almost any speed and handing like a sportscar.

It's as good looking as arch rival the BMW X1 but to my eyes far more shapely than the rather ugly Mercedes GLA.

Inside is all the equipment anyone could need - comfortable seats and plush fittings all round in the range topping S-Line 2.0 TDI I drove recently.

The engine is the well-proved VW group unit used in many other cars from VW, Skoda and Seat and with 150bhp driving through the Audi version of the VW DSG automatic - which they call S Tronic - performance is brilliant.

The 0 to 62mph sprint takes under eight seconds and the kickdown is quick enough for very swift overtaking anytime you've a mind.

There's loads of urge from the engine almost all the time and, although it's reasonably quiet, there is more diesel rumble than there should be at this level.

I've driven other Audis powered by the same unit and they were all more subdued than this one.

On one of my cross country routes uncluttered by much traffic, it handled beautifully and held the road like a limpet.

There's tremendous grip in every situation, even after a short sharp shower of rain, but it is slightly upset by lumps and bumps mid-corner and the steering is not as informative as I would like.

On a careful run that included towns and villages plus some open road, I got the economy up to 43mpg, so that's a likely average in normal use.

Sadly - and despite adjustable suspension in the Comfort setting - it feels every bump and lump on poor roads and I would suggest that for a car of this type, that's not good enough.

Large alloys and very low profile tyres do not help and the combination spoiled the car for me.

The cabin is luxurious and well appointed - as you would expect - with properly shaped and supportive leather and cloth seats, fair rear legroom behind my six foot frame and both height and reach adjustment for the steering.

The boot is a good size and has a false floor that can be removed to give more load space.

Equipment in the S-Line I drove wich came with a Tech pack includes such delights as navigation, DAB radio, Bluetooth, various inputs for music, climate and stability control. 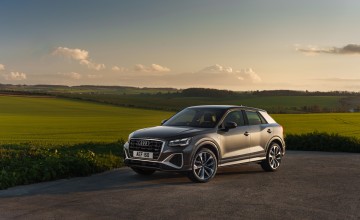