By Edward Stephens on 2018-11-04 - Edward edits the motoring pages of the Birmingham Mail and Birmingham Post as a freelancer after more than 35 years on the staff. Also writes on motoring for various other newspapers, trade magazines and well known websites. 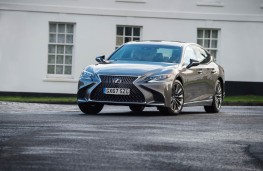 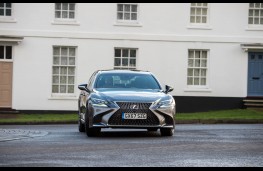 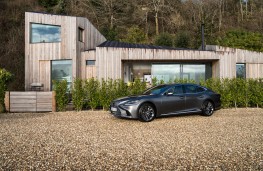 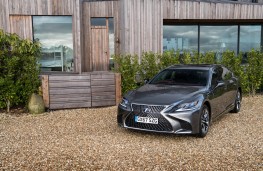 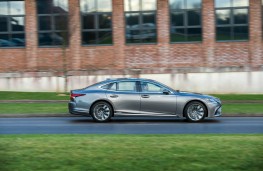 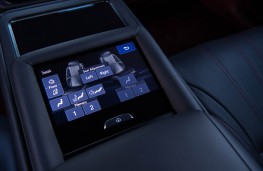 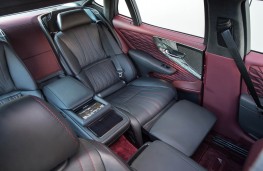 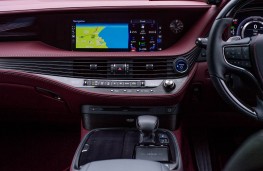 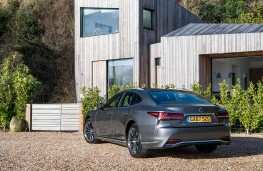 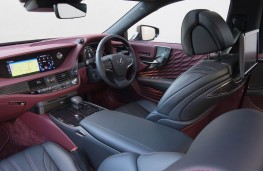 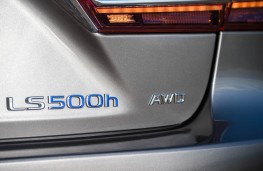 FROM the outside it's a sleek, good looking executive saloon ideally suited to the company chairman or high flying executive.

Open the doors and, in contrast, there's an interior of style and glamour with a touch of the world of show business.

The Lexus LS 500h has design features which set it well apart from any other car.

But then with a price tag of more than £105,000 you would expect something special - and in this car you get something very special indeed.

The first thing that strikes you as you look inside are the dramatic hand pleated door panels - reminding me of the world of theatre in London's West End - and the stunning Kiriko glasswork decoration set into them.

Both features are inspired by Japanese culture and aesthetic traditions and quite unlike anything I have seen on any other car.

The draped pleating is achieved using the skills of Origami paper folding and can only be done by hand.

Apparently the experts doing it have to - every day before starting work - be able to fold a piece of paper into the shape of a cat with one hand in less than 90 seconds.

But in the LS 500h that's only the beginning of the story of a vehicle like no other.

As the brand's flagship this model has been designed to cosset owners in every way.

As you unlock the car the air suspension automatically raises the vehicle up to an ideal hip height in just four seconds to make getting on board easier. When everyone is in it returns to its normal ride height until a door opens for someone to get out, at which point it rises up again.

And when it comes to the seats only the top 1% of the finest hides are deemed suitable.

Both front and rear seats are electronically multi-adjustable - the driver's seat having 28 possible permutations and the rear 22.

To ensure supreme comfort all seats are also fitted with a Shiatsu massaging function.

In the front seats you get a choice of five different programmes while back seat travellers get a multiple choice which includes treatment to the back, upper and lower body, shoulders, lumber region and thighs.

And in a world first the system also includes two spot heaters to target heat stimulation in conjunction with the Shiatsu massage. This is luxury at its best.

The sheer size of the LS 500h also means there is an abundance of leg room - there has to be as the rear seats also have leather panels which rise up to support the thighs of rear seat travellers.

But despite it large dimensions the coupe-like silhouette ensures that's it's as sleek as a sportscar.

Powered by a combination of a 3.5-litre V6 and two electric motors this luxury hybrid glides along in near silence, with an active noise control system cleverly cancelling out much of the sound entering the cabin using specific frequencies through the audio system.

Despite the size of the LS 500h it runs for much of its town and city work on electric power, with the engine cutting in above certain speeds or when you demand more power.

And there is plenty of power available allowing it to hit 62 miles per hour from standstill in just 5.5 seconds.

As you hit the accelerator the silence is broken by a superb roar from the big V6 as this executive transport shows you just what it's capable of.

And it's easy to keep your speed in check thanks to the head-up display, which cleverly gives the impression that the figures you are looking at are projected three metres away to minimise eye adjustment between the display and the road ahead.

On the safety front this car is packed with everything you can think of and then some, including one system which automatically both brakes and steers the car away from an impending impact at the same time. 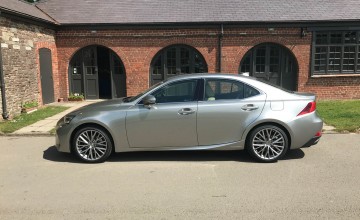 IT is a beautifully crafted, low off the ground executive motor with a...