Merc plugs in with

By Chris Russon on 2018-11-07 - The driving force behind Eurekar. Chris heads up a team of motoring correspondents under the Driving Force banner. Prior to Driving Force becoming independent in 2010 he was Chief Motoring Editor for Trinity Mirror Regional newspapers. Chris has been writing about cars for almost 40 years. 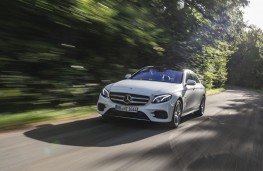 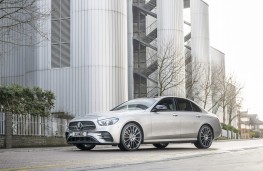 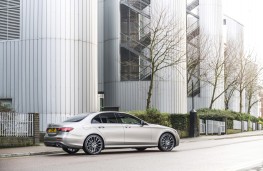 MERCEDES-BENZ is out to prove diesel is not dead by launching the first of a new generation of plug-in hybrid models in the E-Class saloon and estate.

By blending the economy of diesel with additional output from an electric motor Mercedes has been able to push the official fuel return of the two cars to a claimed 166.2mpg with emissions as low as 41g/km.

The E 300 de saloon can travel 34 miles purely on electricity with the estate managing 32 miles on plug-in power.

The estate is not quite as economical with emissions rated at 44g/km.

Performance figures are 0 to 60 in less than 5.9 seconds with a top speed of 155mph and the cars have a two-litre diesel engine developing 194 horsepower hooked up to an electric hybrid module which adds 122hp. The combined torque Is 700Nm.

Mercedes announced its diesel plug-in plans at the Geneva Motor Show in March and the newcomers will join existing petrol plug-in versions of the C and S-Class.

The plug-in diesel E-Class will be available in SE and AMG Line trim with the latter costing from £50,195 for the saloon and £52,195 for the estate.

A series of option packages is also available including a Premium pack at £2,395 which adds COMAND Online, wireless phone charging, LED headlights and parking assistance with a surround view camera.

At the moment, Mercedes is the only car maker to use a diesel engine with plug-in technology.