By Patrick James on 2018-11-11 - The author has been a motoring writer for more than 16 years. Formerly motoring editor at the Coventry Telegraph, he now produces motoring copy, on new car launches and road tests on a freelance basis. 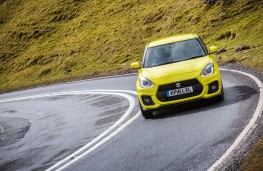 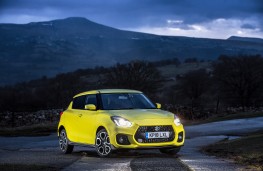 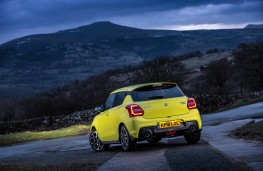 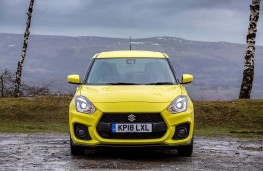 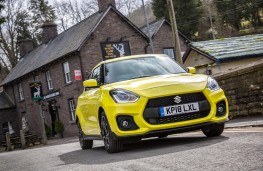 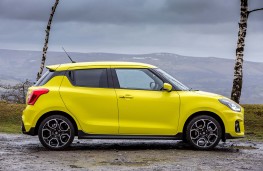 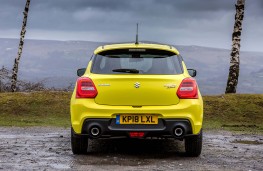 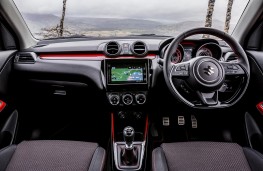 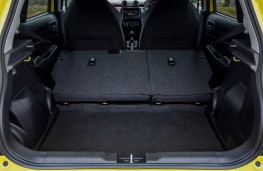 THE phrase 'good things come in small packages', could easily be attributed this hot version of the excellent Suzuki Swift.

The Japanese firm is on a roll with ever increasing quality in terms of build and performance and technology, but still offering modest price tags.

This little firecracker put my in mind of the legendary Peugeot 205, such is the fun drive and engagement you get.

Powered by the 1.4 Boosterjet engine, the turbocharged unit turns the small family hatch into a real pocket rocket.

Despite the relatively modest bhp of around 138, the fact that the car utilises Suzuki's ‘HEARTECT' lightweight platform with kerb weight of just 975kg - 70kg lighter than previous model, means the extra performance is pretty much permanently on tap, with a 44 per cent greater level of torque on hand.

Economy is not bad either with a claimed 50.5mpg.

It looks pretty good too with a variety of sporty colours and Sport interior trim.

While obviously a Swift, the body has been enhanced with sporty touches like he front grille and bumper, front fog lamps, LED running lights, blacked-out windscreen pillars, specially tuned exhaust system and uniquepolished alloy wheels. It is slightly longer than the standard Swift and sits 15mm lower than the previous Sport model.

The interior follows the sporting theme with red accent panels throughout the cockpit, while the rev counter features a red dial face and the speedometer is coloured silver.

Form fitting sports seats are firm but comfortable while the alloy pedals andsteering wheel with a dimpled leather design and red stitching complete a classy look.

Centrepiece is the seven-inch touchscreen which controls infotainment, sat nav and connectivity for smart phones with with MirrorLink, Android Auto and Apple CarPlay connection. It also houses the rear view camera for reversing.

It is roomy enough for a small hatch with good headroom and legroom for four occupants. The luggage capacity with rear seats raised is 265 litres, hardly cavernous, but enough for the weekly shop or a couple of cases and still 25 per cent larger than the previous Swift Sport and it can be further increased folding the rear seats.

So its comfortable and well equipped and at just shy of £18,000, has a very attractive price tag.

But it's on the road where the fun begins. The turbo charged 1.4-litre is surprisingly gutsy and mated to a six-speed manual gearbox, propels the car to 60mph in just eight seconds.

It definitely feels quicker, thanks to the throaty rasp from the tuned exhaust system. Gear changes are slick, while the sport suspension keeps the car feeling agile with optimised roll rigidity, and improved dynamic response. Suspension roll angle has also been significantly reduced.

Standard kit is impressive with auto air conditioning, DAB Radio with six speakers and Bluetooth as standard as well as the usual electric aids.