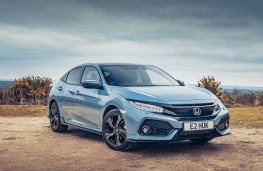 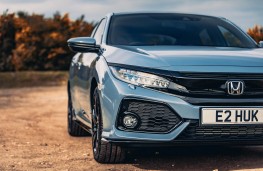 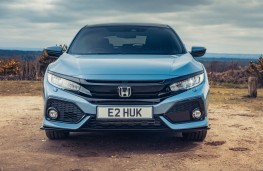 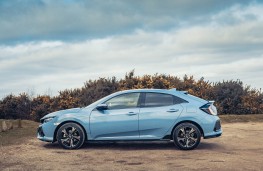 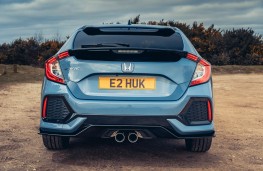 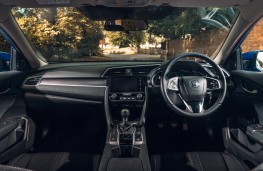 IF you fancy a Civic diesel - and who could blame you for that - you'd better be quick.

Because Honda is turning back to petrol power following the long-running controversy over emissions, so the Civic will probably be that last diesel model made.

In many ways it's a great shame because Honda - late to the party in producing their first oil-burner - achieved one of the best compromises on the market with their 1.6-litre engine, blending wallet-stretching economy with lusty performance and decent refinement.

In its new expanded and radically styled suit of clothes, the Civic hatch is a strong contender in the toughest sector of all which includes such stars as the Golf, Focus and Astra.

Yes, it's strikingly different visually - and not everyone will appreciate its angular lines and macho bulges - but there's no denying the roominess and massive hatchback boot, among the biggest in its class. There's also even an underfloor compartment to hide away valuables.

The 1,597cc four cylinder engine is carried over from the last model with a few tweaks that reduce emissions and improve refinement. The results pay dividends allowing the tenth generation Civic to dispose of the 62mph dash in a reasonably swift and unflustered 10seconds and go on to 125mph.

What the diesel lacks in out-and-out acceleration it more than makes up for in high gear clout with good pick-up from 30-40mph in fifth gear.

The EX version is top of the range and includes all the goodies you could envisage including leather seating, dual climate control, heated seats, sat nav and glass sliding sunroof. You also get reversing camera, keyless entry and smart black alloys.

As far as driving is concerned this is a class act. With sharp, precise steering that's nicely weighted and one of the best suspension set-ups around, it rides and handles as well as most German thoroughbreds.

The manual six-speed gearbox has a slick change and ratios are well chosen to make the most of the wide torque band without penalising economy.

In fact, the Civic diesel is one of the few cars that I have managed to regularly squeeze more than 55mpg out of.

Pushed hard through bends, it feels composed and stable with a decent degree of feedback being offered to the driver.

Noise levels are tad higher than the relative petrol versions, but only accelerating through the gears. At cruising speeds it's pleasantly hushed with just a bit of road noise.

The cabin is roomy by the class average and well designed if somewhat sombre thanks to an abundance of dark plastics. A large central touch screen sits above the console and the main dials in front of the driver are heavily cowled. Materials used are high grade and the switchgear is logically laid out.

Legroom front and back is generous but rear headroom is marginally restricted by the sloping coupe-style profile.

HONDA'S cars have been at least good looking and at best sharply beautiful down...