By Chris Russon on 2018-11-21 - The driving force behind Eurekar. Chris heads up a team of motoring correspondents under the Driving Force banner. Prior to Driving Force becoming independent in 2010 he was Chief Motoring Editor for Trinity Mirror Regional newspapers. Chris has been writing about cars for almost 40 years. 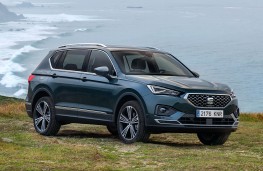 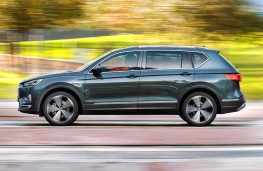 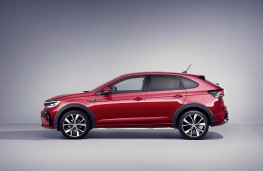 SPANISH car maker SEAT has taken the wraps of its new Tarraco seven-seat SUV which will be on the road at the beginning of next year.

Measuring 15ft 6ins in length, the newcomer is more than a foot longer than SEAT's Ateca and will become the brand's new flagship.

It comes with high technology equipment including LED lighting all round and a new-look interior featuring SEAT's Digital Cockpit which includes a 10.25-inch multi-mode instrument panel as well as and eight-inch central display screen.

There will be a choice of four engines, two petrol and two diesel and both developing between 150 and 190ps.

The petrol line up comprises a 1.5-litre TSI engine with a six-speed manual gearbox and a higher powered 2.0-litre block mated to a seven-speed semi-automatic DSG box.

Two and four-wheel-drive powertrains will be offered with the latter available only on the higher powered engines.

Performance data for two-wheel drive models is a top speed of 125mph with a 0 to 60 acceleration time of 9.8 seconds while the 4x4 has a similar sprint time with a maximum of 123mph.

The higher powered diesel Tarraco is even quicker with a 0 to 60 acceleration of eight seconds and a top end of 130mph.

Fuel economy figures have yet to be announced.

Safety features include a frontal detection system as well as lane departure control while blind spot recognition and adaptive cruise control are also available as is a surround-view camera and automatic parking.

On the connectivity front the Tarraco is fully smartphone compatible and has wireless charging while a Beats audio system is an option.

The Tarraco - to be built at Wolfsburg in Germany at parent company VW's factory - is SEAT's third SUV after the Arona and Ateca and will sit at the top of the range when it arrives early in 2019.

"SEAT is experiencing its biggest product offensive in recent times. The introduction of the SEAT Tarraco, our very first large SUV, forms part of our â¬3.3 billion investment between 2015 and 2019 in the company's future and the range of vehicles we offer," said SEAT president Luca de Meo. "It not only completes our family of SUVs, but brings a new vigour to the segment and will help bring new customers to the SEAT family."

Prices are still to be announced but SEAT has said it will be expanding the Tarraco line up with the introduction of a plug-in hybrid in 2020.