By Chris Russon on 2018-11-27 - The driving force behind Eurekar. Chris heads up a team of motoring correspondents under the Driving Force banner. Prior to Driving Force becoming independent in 2010 he was Chief Motoring Editor for Trinity Mirror Regional newspapers. Chris has been writing about cars for almost 40 years. 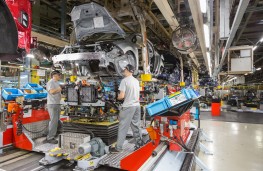 BRITAIN'S automotive workforce is second only to that of the United States but more needs to be done to keep it attractive to investors on the global stage.

That's the finding of the second UK Automotive International Competitiveness Report compiled by the Automotive Council - a think tank set up in 2009 to align Government strategies with industry needs.

And the report flags up the impact of Brexit on the nation's political stability as a major risk to future competitiveness and investment.

Tony Walker, chairman of the Automotive Council's business environment and skills group and managing director of the London office of Toyota Motor Europe said that Britain's world-class automotive workforce and commitment to continual improvement and innovation had helped drive the sector's success.

"We have a hard-won reputation for developing and making high quality, cutting-edge vehicles, engines and components, supported by strong collaboration with government through the Automotive Council," said Mr Walker. "During this period of profound change, that collaboration will be more important than ever.

"The focus now must be on attracting and nurturing the right skills to meet our ambitions, and on securing a Brexit deal that delivers the political stability needed to attract future investment."

The study, which ranks the UK's attractiveness for automotive investment against other European and global countries, places the UK's automotive labour flexibility in top position in Europe and second in the world behind only the US - an advantage supported by equally strong labour relations.

Workers' willingness and ability to adapt to changing market conditions was a key strength, providing flexibility within working patterns, vital in a precision, just-in-time industry.

In line with its strong record on innovation, the report also places the UK sector top in Europe - and second globally - for collaboration with academic institutions.

Britain is home to four of the EU's five leading universities and, together with government-industry funded institutions, including the Advanced Propulsion Centre at Warwick University and the Catapult network which links key bodies to drive innovation.

However, the report also highlights risks to future competitiveness, including shortages of skilled engineers, levels of government investment into research and development and declining political stability following the UK's decision to leave the EU. Previously, the UK's political stability was perceived as a strength by investors.

If Britain is to remain a leader in vehicle production, collaborative action is needed to maintain core skills in the existing workforce, while also developing and attracting new skills essential to drive the industry's leadership in the shift to electrification, autonomy and digitalisation, says the report.

This is reflected in the Government's Industrial Strategy and Automotive Sector Deal, including efforts to boost supply chain productivity and competitiveness with the new industry-led Â£16 million National Manufacturing Competitiveness Levels (NMCL) programme which is aimed to roll out later this year.

The report was drawn up on the assumption that the UK Government and the EU conclude Brexit negotiations successfully, with an agreement that limits any negative impact of the UK's departure from the EU on the automotive industry to the fullest extent possible - providing free and frictionless trade with regulatory alignment.

While the main drivers for competitiveness apply to investment decisions in any country, any "no deal" scenario would have a very significant, and highly damaging, impact on the UK's competitiveness to attract investment in the sector. 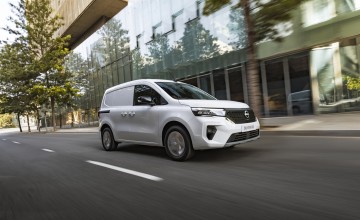