THERE are stats and stats and, if it's true that statistics can't lie, the new Jeep Grand Cherokee Trackhawk is a pretty impressive beast.

For perhaps the most interesting statistic produced for this awesome new high performance model is the fact that it costs just £127 for each of its impressive 710 horses.

And, according to it's makers, that's Â£169 per horsepower less than a Bentley Bentayga and Â£130 per hp less than a Lamborghini Urus.

Whether a Jeep Cherokee can be compared in the same breath with a Bentley or a Lambo or not may be open to debate, but there can be no doubt that even at £89,999 this new high performance, four by four represents impressive value for money.

The Trackhawk is fitted with a monstrous, supercharged 6.2 litre V8 engine which, mated to an eight-speed auto, propels this big off-roader to a top speed of 180mph with the 0-60mph dash covered in around 3.5 seconds.

This rare beast will be made even rarer by the fact that just 20 examples are initially being made available to British buyers. Form an orderly queue behind the footballers and pop icons then!

It's not just about raw power though. Brembo brakes, Bilstein active damping suspension and and Jeep's Selec-Trac system with five dynamic modes are all fitted to ensure that the Trackhawk can cope with all that power.

There are minor styling tweaks to set it apart from the crowd including body-coloured flared wheel arches, a sculpted bonnet with hood vents, quad exhaust pipe tips and new 20-inch titanium finish alloys.

Inside there are leather seats with an embroidered Trackhawk logo, real metal trim accents, leather stitched trim around the instrument panel, doors, centre console and armrest, Berber floormats with a Trackhawk badge and an 825 watt Harman Kardon sound system with 19 speakers including subwoofers.

There's a seven-inch driver information display and an 8.4-inch infotainment display which can provide immediate feedback on the car's performance.

More than 65 safety and security features, including a valet mode that allows for a personalised, selectable driving experience, adaptive cruise control with stop function, advanced brake assist; blind-spot monitoring with rear cross path detection, full-speed forward collision warning with crash mitigation, parallel and perpendicular park assist and lane departure warning. There's even a rear camera to monitor what's going on behind you should you be tempted to tow a trailer at 180mph. 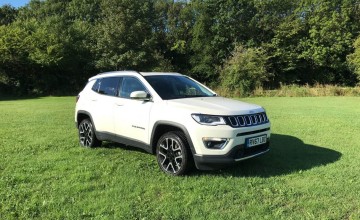 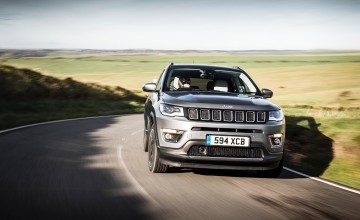 A FAMOUS name, a rich heritage and now under the guiding hand of the Fiat... 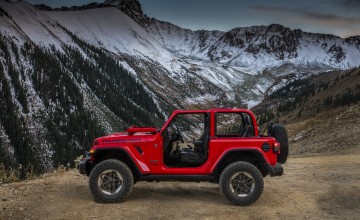