By Mike Torpey on 2018-12-01 - Driving Force news editor and responsible for organising our daily output. He was staff motoring editor of the Liverpool Echo for 20 years. 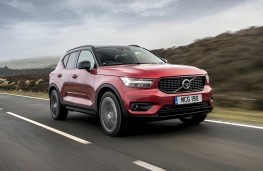 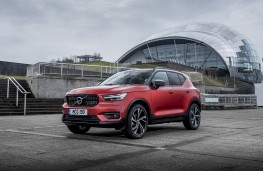 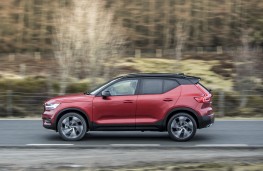 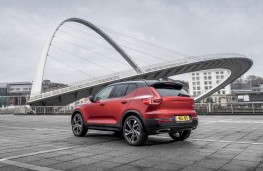 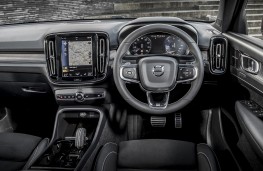 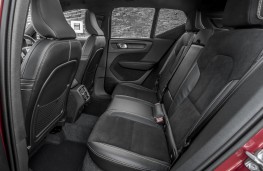 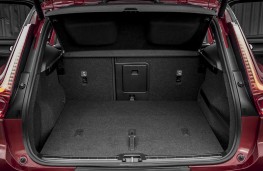 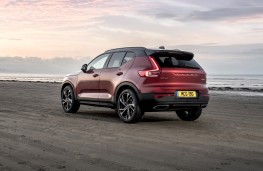 VOLVO had lofty expectations for its first venture into the compact SUV scene with the XC40, which hit UK streets earlier this year.

But even the most optimistic executives at the Swedish company would most likely have been blown away by the newcomer's instant impact.

Within days the XC40 was selling at double Volvo's own predicted rate, to the point that it became the brand's most successful ever new model launch.

The accolade of European Car of the Year followed, and all 1,000 of the flagship First Edition versions were sold out before they had even arrived in showrooms. Some performance.

The XC40 slots into Volvo's SUV line-up beneath the five-seat mid-size XC60 - current World Car of the Year - and full-blown seven-seater XC90 and costs from Â£27,905.

Powered exclusively by the firm's own range of Drive-E engines, it offers a wide choice of 2.0-litre T4 and T5 petrol and D3 and D4 diesels plus a three-cylinder T3 1.5-litre petrol variant.

And as part of Volvo's plan to ensure all its vehicles are electrified in at least some way after 2019, plug-in hybrid and pure electric XC40 variants are on their way.

In addition to the First Edition model tested here, the XC40 comes in three trim grades of Momentum, R-Design and Inscription, with added equipment Pro versions of each, while all have individual distinguishing features like different front grilles and bumper trims.

The Volvo may fall officially into the ‘compact SUV' category but interior space is first class while high seating positions ensure an extensive view for all occupants.

As for carrying capacity the boot is both flat-sided and split-level, and pressing a button flips down the rear seat backs - the result of that manoeuvre being a load area of 1,336 litres.

Practical touches include storage space beneath the driver's seat, a removable parcel shelf, shopping bag hooks, slots for credit cards plus a central area specifically designed to hold a box of tissues.

And with clean, modern design in mind the XC40 uses the same Sensus touchscreen control system as Volvo's other new models - cutting the number of buttons in the process.

It provides the access to another of the car's upmarket attractions - a 600-watt audio system by Harman Kardon with 13 speakers plus an air-ventilated woofer to beef up the bass, though for most variants that's a Â£550 option.

Our First Edition variant was everything you would expect from a Â£40,000 vehicle - really smooth to drive, beautifully engineered and with a nicely weighted feel from the steering.

The Scandinavian effect brings lots of piano black and shiny alloy finishes to the cabin, dominated by that large vertical touchscreen, and the soft leather seats make for a relaxing travel experience.

Picking manual or automatic transmission will always be one of personal choice and in the XC40 you get a short stubby lever for auto shifts - it takes some getting used to, though once acquainted it is simple and effective.

The tested model featuring the eight-speed automatic transmission with all-wheel-drive, was exceptionally smooth and oozed quality.

You can easily switch between the drive modes of Eco for efficient drive, Comfort for everyday use, Off Road for rougher surfaces, Dynamic for high performance and Individual for personalised driving preferences - just don't expect to get much more than 31-32 miles per gallon from the T5.