By Chris Russon on 2018-12-02 - The driving force behind Eurekar. Chris heads up a team of motoring correspondents under the Driving Force banner. Prior to Driving Force becoming independent in 2010 he was Chief Motoring Editor for Trinity Mirror Regional newspapers. Chris has been writing about cars for almost 40 years. 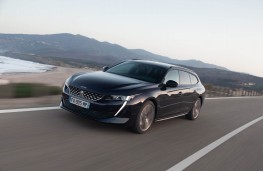 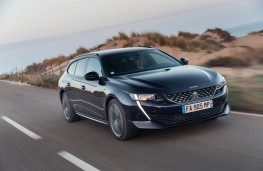 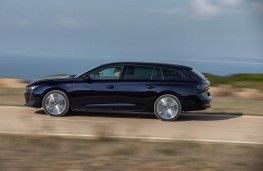 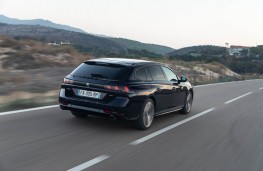 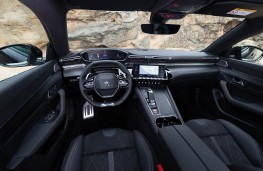 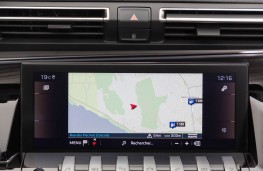 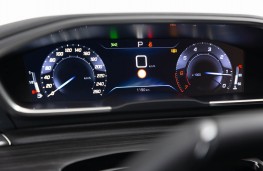 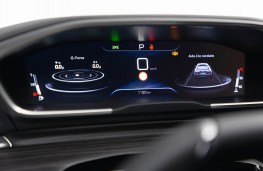 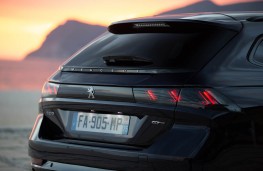 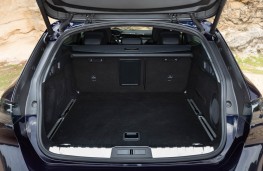 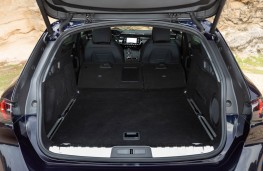 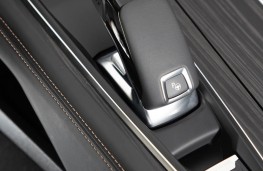 AN estate car is being added to Peugeot's flagship 508 range - and it drives even better than the fastback on which it is based.

With boot space ranging from a capacious 530 litres to 1,780 and more than one-and-a-half inches longer than the regular 508, the SW derivative sets new standards for the French car maker.

The SW is also slightly higher than the fastback which makes for more headroom in the rear and thanks to a redesigned rear window and tailgate it looks even better.

In fact, the 508 SW has to be the best looking estate on the market as its long, sweeping looks will prove when it arrives in the UK next summer.

The tail itself features and inclined strip that incorporates the rear lights and with exhausts protruding from a rear diffuser, the latest member of the Peugeot family has plenty of road presence.

From the rear seats forward the SW is just the same as the fastback 508 and that means it comes fully kitted and designed in quite futuristic fashion.

The initial five model line up is likely to cost around £1,600 more than the standard 508 and that means the SW will be priced from around £26,500.

The range is likely to top out close on £41,000 and that will be for a model in First Edition trim which is positively luxuriously equipped with night vision, quilted leather upholstery and a wooden finish to the bot floor among its standard features.

All but the entry level Active models can come with Peugeot's advanced i-Cockpit instrumentation that includes a smaller steering wheel and multi-mode instrument panel that switches its displays in a delightful fashion.

That's all backed up by a ten-inch high definition display screen complete with seven piano-style keys for rapid operation and the interior is as swish as the rest of the car's design.

The cockpit is nigh on clutter free and models fitted with an eight-speed automatic transmission have a cleverly shaped gear lever in lieu of the manual shifter.

As with the fastback, there's a choice of five engines ranging from two 1.6-litre PureTech turbo petrol units with either 180 or a healthy 225ps to go at and three BlueHDi diesels - a 1.5-litre developing 130ps and two 2.0-litre engines with either 160 or 180ps on tap.

The 1.5 is the only one in the line up to offer the choice of a manual gearbox and can also come with an auto transmission, as do all other variants.

With eight speeds and electrically operated it is smooth and sophisticated to use and comes with paddle shifters for sporty, manual changes if required - and that works a treat when the SW is switched into sports mode.

We have just sampled all but the higher powered diesel and while acceleration times are still to be confirmed each engine pulled the car in a handsome fashion.

The most economical - on paper and on the road - was the 1.5-litre diesel automatic which under the new WLTP fuel testing regime is rated at 74.3mpg with emissions of 100g/km.

The two PureTech models were thirstier at 35mpg for the 180ps engine with the high powered 225ps variant coming in at just 24 to the gallon. Officially they are rated at 51.4 and 49.6mpg with emissions of 127 and 132g/km respectively.

While the 225ps PureTech model is undoubtedly the performer of the range with a top speed of 153mph it is the 160ps diesel which is likely to be the best all-rounder. The 1.5, although most economical, could feel a little lacking when asked to work hard.

However, the drive of the SW is out of the top drawer and the extra bodywork at the rear has if anything improved its characteristics. The car feels splendidly rigid under all circumstances and that's a bonus for a load lugger.

Active suspension was fitted to the cars we tried - it's standard on GT and First Edition models and a Â£1,000 option on all but the Active model - and it enhances the ride quality in no uncertain fashion.

Safety equipment across the range includes automatic emergency braking, lane keeping and road edge detection as well as a distance monitor which warns if too close to the vehicle ahead.

All in all, the estate treatment will bolster the appeal of the new 508 considerably. Not only can it carry a suitcase more luggage than the fastback but with its power-operated tailgate and long load length ability the SW is as practical as they come.

It looks fantastic, drives with splendid manners and if needs be can carry the proverbial kitchen sink - what more could be on offer?

THE Peugeot 3008 is a mid-sized SUV with a cabin that packs a big punch.Slip on...