the gem of SUVs

By Chris Russon on 2018-12-02 - The driving force behind Eurekar. Chris heads up a team of motoring correspondents under the Driving Force banner. Prior to Driving Force becoming independent in 2010 he was Chief Motoring Editor for Trinity Mirror Regional newspapers. Chris has been writing about cars for almost 40 years. 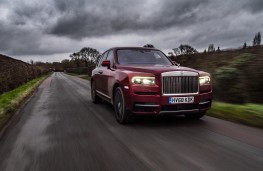 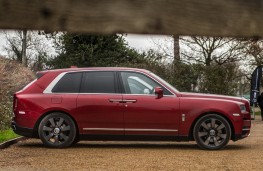 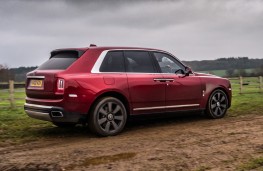 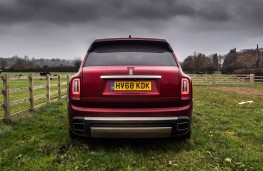 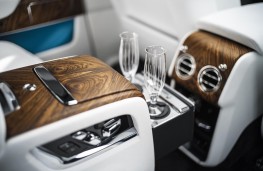 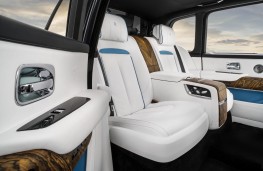 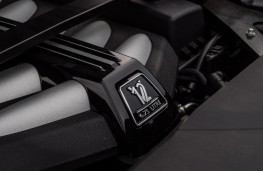 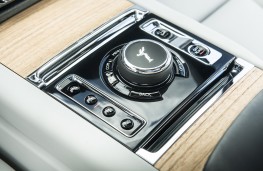 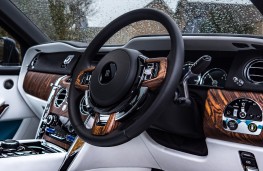 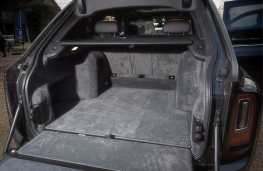 THE dash for car makers to have an SUV in their line up has attracted the most luxurious brand of all as Rolls-Royce comes on stream with the Cullinan.

Think of an off-road version of the Phantom limousine and you get an idea of what Rolls has done.

Named after the world's largest diamond, the Cullinan tops the pile of luxury SUVs - more opulent than even a Range Rover or Bentley Bentayga.

Then the Cullinan does cost at least £250,000 before any extras are added and most will come in at least twice that amount.

For that you get a car decked out only as Rolls-Royce can which means virtually anything you want can be fitted to this super-sumptuous SUV.

The Cullinan is a huge vehicle some 17ft 6ins long, 7ft 1ins wide and with a wheelbase of 10ft 9ins.

Boot space runs from a minimum of 600 litres to a maximum of 1,930 litres and there's room to carry a set of skis should you wish to drop one of the electronically folding rear seats.

Top speed is restricted to 155mph and on the road the 563bhp Cullinan is as serene as it is sharp to handle with all-wheel-steering allied to its all-wheel-drive system.

The latter is borrowed from parent company BMW and gives the Cullinan as much off-road ability over snow, sand and mud as could be desired.

Wading depth is 1ft 7ins and in off-road mode the suspension height can be raised by more than an inch. The suspension can also be lowered by a similar amount to ease access.

Powerflow to the wheels is governed automatically with a 100 per cent bias to the rear in normal set up. However, at the blink of an eye up to 50 per cent of the power can be switched to wherever needed and that gives the Cullinan extraordinary grip whatever the conditions.

Despite the size it is a true driver's car and that's testimony to the thousands of development miles put in by the Rolls-Royce engineers who created the car.

Fuel economy is officially rated at 18.8mpg with emissions of 341g/km and that was almost exactly what we achieved, averaging 18.2 to the gallon on a good run through the countryside.

On the road, the Cullinan is utterly sublime with the might from the V12 easily managed through an eight-speed gearbox.

The steering wheel is thicker to the touch and that helps with the feel of the car as it goes through its paces and even on harsher surfaces the ride remains utterly precise - and that is on 22-inch wheels.

Noise suppression is out of the top drawer and the cabin is cocooned in near silence, all helped on the Cullinan we tried by a glass screen behind the rear seats which separated the cabin from the boot.

The dashboard - impeccably finished with wooden veneer trim and leather on the car we tried - has a BMW iDrive inspired touchscreen in the centre and the instrumentation includes a power meter to the left of the speedo. There's no rev counter on a Rolls.

The sat nav helps with the gear changes predicting the right set of ratios with uncanny accuracy at any time and that has eliminated the need for manual shifts either on or off the road.

Rearward opening back doors aid access and the rear of the car we sampled was utterly palatial with a cooled drinks cabinet between the seats and a control panel for onboard theatre screens which emerged from the back of the front seats.

Driver aids include a full colour head up display and while the Cullinan is light on autonomous features it can be parked automatically with a four camera display system delivering a complete view of the vehicle's surroundings.

Cross traffic, lane departure and blind spot monitors are all included and so is a night vision system which highlights pedestrians or animals lurking in the shadows.

The Cullinan is very much in line with Rolls' attempts to lower the age profile of the brand and is a creation that has all the right qualities.

It looks like a Rolls-Royce, drives like one and as its first 4x4 can go where others have failed.

As such, the Cullinan is a king of SUVs fit for a king - and something only Rolls could produce.