By Ian Donaldson on 2018-12-06 - Ian estimates he has driven more than 6,000 cars (so far) in a road testing career that's taken him around the world. He has spent several years as a full-time staff motoring editor and is now a busy freelance journalist

THE facelifted version of Renault's popular Kadjar medium-sized SUV will cost from £20,595 when sales start in February and will feature petrol engines developed in cooperation with Daimler.

The model range is made up of four versions, a reduction from five in the previous generation Kadjar.

In addition to the now-familiar Play, Iconic and GT Line trims there is a new model: the Kadjar S-Edition. This style-focused trim sits between Iconic and GT Line and brings features such as striking interior upholstery that's unique to this model, as well as redesigned LED headlights, a rear-view camera and a panoramic sunroof; features shared with the generously equipped flagship New Kadjar GT Line.

The new Kadjar's four-strong engine line-up includes TCe 140 and TCe 160 4-cylinder petrol engines were developed by the Alliance in cooperation with Daimler.

The cabin of the new Kadjar features a more contemporary design and improvements in perceived quality, says Renault.

A new control system for the air conditioning features a more modern and ergonomic design with the temperature and ventilation settings displayed in the centre of three thumbwheels for a clear and intuitive user experience. Particular focus has been placed on the air vent surrounds, door handles and centre console with satin chrome inserts.

The new control functions for the electric windows and mirrors have been completely reworked, with backlighting for easier use at night.

Also on the list of upgrades are a new touchscreen media system that quickly connects to your smartphone of choice, air vents and USB charging points for the rear passengers, and front seats that now have an extending cushion at the front. 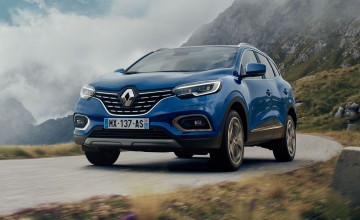 THREE years since its original launch and with more than 450,000 sales under... 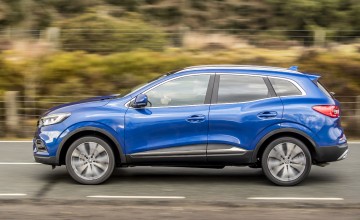 DIESEL isn't going to turn up its smelly toes without a fight and for some...