for its biggest SUV

By Ian Donaldson on 2018-12-08 - Ian estimates he has driven more than 6,000 cars (so far) in a road testing career that's taken him around the world. He has spent several years as a full-time staff motoring editor and is now a busy freelance journalist

SEAT has now opened the order books on its first large SUV and new flagship Tarraco which will reach UK customers early next year and cost from £28,320.

The seven-seater sits above the Arona and Ateca and completes the Spanish brand's SUV line-up.

At the top of the range, XCELLENCE LUX adds further spec of top view camera, 20i-inch alloys, leather upholstery and a winter pack.

SEAT's first large SUV measures 4,735mm in length, 1,658mm in height and ,1839mm in width. The boot capacity comes in at 1,775 litres when all rear seats are folded, 700 litres when the third row only is folded and 230 litres when the second and third rows are upright.

A range of UK First Editions will also be available for a limited time from launch, priced from £30,475 and bumping up the standard kit count with items like rear view camera, electric driver's seat and panoramic sunroof, according to model. 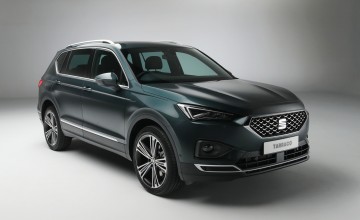 SPANISH car maker SEAT is broadening the appeal of its Tarraco large SUV with... 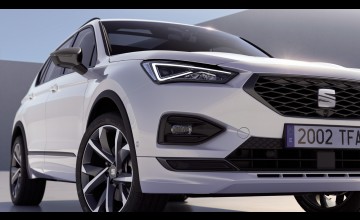