By Mike Torpey on 2018-12-09 - Driving Force news editor and responsible for organising our daily output. He was staff motoring editor of the Liverpool Echo for 20 years. 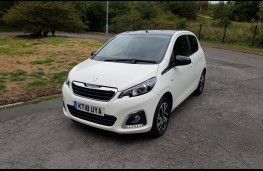 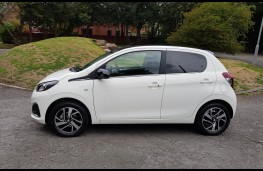 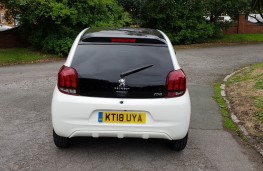 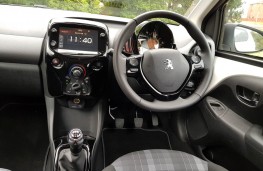 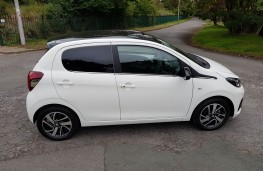 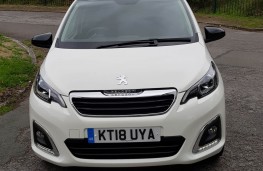 EFFICIENCY is the name of the game on the city car scene and there's certainly no shortage of eye-catching models out there.

You can find stylish ones, lavishly equipped ones and souped up ones - but what most folk engaged in this area of the market are looking for is something that's cheap to buy, fuel up and insure.

The Peugeot 108 is one of those cars, and shares the same chassis, engines, transmissions and electrics as the Citroen C1 and Toyota Aygo, which are built at the same factory.

A smart and well designed offering, the 108 starts at £9,225 and comes with a 1.0-litre three cylinder petrol engine.

Its output is only 72bhp but then that's all you need in a micro model like this.

Unless you're heading uphill with a full complement aboard it will show plenty of spirit, as well as return pretty close to the official average fuel figure of 68.9 miles per gallon.

Return bang on the 60 mark like we did and everybody's happy.

The five-speed manual transmission on our tested model was well geared and the stability and handling precise from a car you can squeeze into a tight parking space.

Giving the little Pug a splash of extra personality are some endearing interior touches like the piano black panelling around the centre console, gearshift, air vents and centre of the steering wheel.

That's in addition to Allure trim levels bringing a Raven Black roof and gloss black door mirrors - appealing to customers looking for a compact car with a more sporty nature.

You also get cloth seats which are well shaped and comfortable with a two-tone pattern while the panelling immediately below each of the windows matches the body colour.

In this case that meant Diamond White - with some of that in the tank it would really fly - but there are new metallic paint options called Green Fizz and Calvi Blue that really stand out.

Otherwise the cabin's dash and fascia is made of brittle if quite attractive looking plastic.

As for space, this is a strictly four-seater car with tight rear legroom and tiny boot too - just about enough space for a few shopping bags.

Rear passengers do get sufficient shoulder room but have to make do with clip-open windows rather than the electric offerings up front.

Stowage space comprises four door bins, a glovebox, three cup holders, small containers in the doors below the openers and another small container ahead of the gearshift.

Technology enhancements include an improved colour touchscreen with Apple CarPlay and Android Auto connectivity, while Mirror Screen allows the driver to display compatible apps on the touchscreen and manage them using the car's controls.

The technology is available on the Allure and Collection trim level as an option, costing £480. 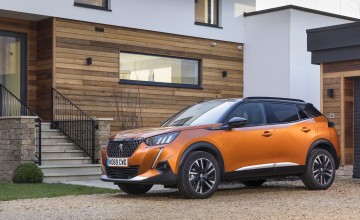 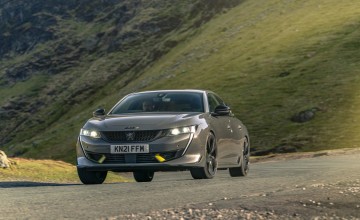